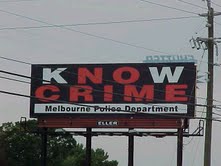 A woman Sunita Singh moved the court alleging that she was repeatedly raped by a contractor Ashok Singh.After the court intervened,the police lodged an FIR against him.

Subsequently,the accused was jailed.Two years later,after he came out of jail on bail,the police found no evidence to prove Sunita’s claim.And as such in its chargesheet,the police declared him innocent.

His reaction is not baseless.The London based Daily Express has reported that 20 year old girl Rosie Dodd has been sentenced to two years in prison for falsely claiming to have been raped by three men with whom she had willingly slept during a night out.

“The men maintained before police that Dodd, from Nottingham, had willingly had sex with them. But they were arrested and spent nearly 50 hours in police custody.After police turned suspicious about Dodd’s account of that night, she later admitted having consensual sex with the men and making up the claim since she regretted what she had done”,said the ANI report adding that she finally admitted that “she had consensual sex with the men and had made up the claim because she regretted what she had done.”

Initially,she had claimed to have been lured back to a house by the three men after she met them while out drinking in Nottingham city centre.” She had sex with the trio and then went to police claiming she was a gang rape victim,”said Prakash quoting the report.”Girl who makes false allegations is never punished in our land.”