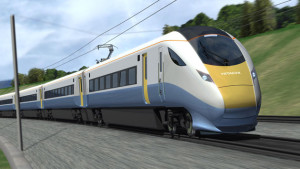 India is gearing up for high-speed trains. Training sessions and lectures on the high-speed railway were held for the railway officials at IIT kharagpur.
The Union Government is considering to introduce two such corridors in the country.

A short-term course was initiated last week by the International Summer and Winter Term programme, where four international faculty members from University of Illinois and University of Tokyo along with IIT faculty gave lectures on high-speed rail system.