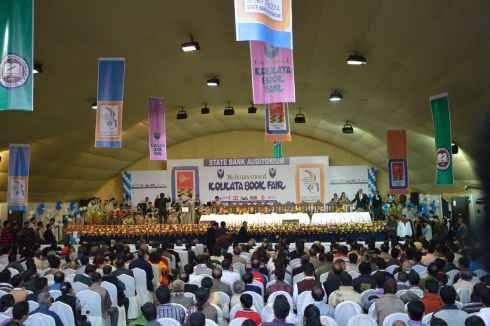 International Kolkata Book Fair, said to be Asia’s largest book fair, is scheduled to begin from January 28. Great Britain will be the focal theme of the book fair.

It will be inaugurated by the West Bengal Chief Minister with a special focus on William Shakespeare, Dylan Thomas, W. B. Yeats as well as noted Bengali author Suniti Chatterji and actor-director Sombhu Mitra and separate pavilions will be dedicated to them, said Tridib Chatterjee, General Secretary, the Publishers & Booksellers Guild in Delhi today.

This year also marks the birth centenaries of Chatterji and Mitra, added Tridib Chatterjee.
Reportedly India is one of the few major markets, which is experiencing a growth in book publishing and has over 19,000 publishers with over 90,000 titles being published each year. It is the third largest market for English books after the US and the UK.