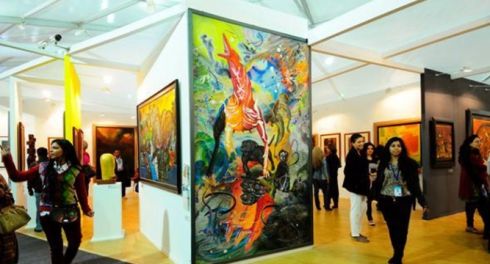 Country’s biggest art fair will open for public in Delhi on January 30 with a host of new initiatives and events.The Indian Art Fair, one of the biggest in modern and contemporary art practices, will end on February 1.

The four-day event will attract artists, curators, gallery owners, collectors, museum directors and art enthusiasts from across the world. It will have 85 galleries in 90 booths showing 3,500 artworks spanning genres.

Writer and curator Girish Shahane has been appointed as Artistic Director. First time the Fair has done so since its inception in the year 2008, when it was known as the India Art Summit.

‘Speakers’ Forum’ has been set up featuring 10 separate sessions spread out from January 30 to February 1.