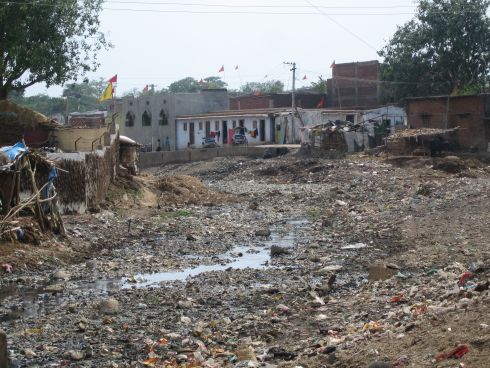 With Jharkhand Chief Minister Raghubar Das inaugurating Harmu River Conservation Project today,a question doing the rounds in the corridors of Jharkhand High Court was based on a suspicion that a multi million rupeescam may surface soon.

A number of residents and agitationists who had led a movement to get the dead Harmu river become alive had welcomed the BJP government led by Das.”After a long struggle,beautification work is going to start now.We are very happy”,said Randhir Singh echoing the sentiments of many BJP workers and environmentalists.

However,the plan is silent about one major cause responsible for the death of Harmu river.In fact, Harmu river meanders through various parts of Ranchi covering about 17.5km and merges into the Subernarekha river at Namkom. It has a catchment area of about 35,000 hectare.

Over the years,most parts of the Harmu river were enchroached and flats,buildings,shops and hotels were built illegally.As a result,the river had died and its select parts carried toilet water released from the encroachers.

As per the plan,Eagle Infrastructure India Company Ltd would take a two-pronged approach to revive the dead river: effluent treatment of its water and conservation-beautification of river banks.In addition, 31 community toilets,parks and bays across river beads will be built.This means that the treatment plants would be linked to household toilets located in the encroached areas of Harmu river to ensure that the clean-up mission is successful.

Yet,these works can not bring life back to this unfortunate river as encroachments across the riverbed will not be removed even if the project is implemented in letter and spirit.

Here the question is:Have the authorities deliberately ignored this fact to facilitate Mumbai based company to implement the project leaving the Harmu river’s natural water source died.”We suspect there is a multi million rupee scam and it will come to surface soon”,said Abhisheikh Kumar,a lawyer.

Asked for his comment JUIDCO Director Pramod Kumar Sinha is on record saying “Let’s not get into issues that are not in our hands. We have plans to set up waste treatment plants and undertake beautification work in areas that are encroachment free. We need to begin the job.”