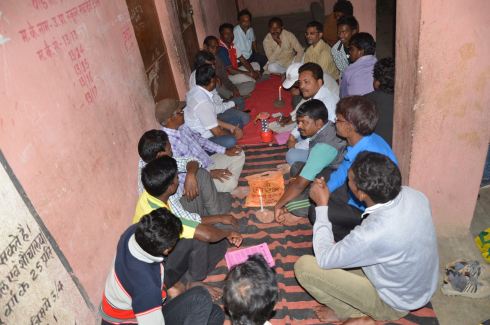 The meeting attended by Samittee’s,plan was chalked out to carry procession and observe the Sarna Puja.The meeting was headed by Samitee’s Mahadeo Manda Chutia.

As it is,Sarhul is celebrated during spring season and the Shaal trees get new leaves. Sceduled to be held on March 23,it involves worship of the village deity who is considered to be the protector of the tribes.

During the Sarhul festival,people sing and dance and the deities are worshipped with Shaal flowers.These Shaal flowers represents the brotherhood and friendship among villagers.The Pahanm,who is the priest, distributes Shaal flowers to every villager.

In fact,Sarhul is celebrated during February-March, when the Saal trees in the forests around (so dear to the tribals) sprout and come up with fresh green foliage and burst into flowers.Locally,these locally known as ‘Shalony or Shalai’. These flowers are in fact mascots of the festival.

“The respective village deities too are worshipped with these flowers.The flowers are also symbols of friendship and brotherhood, and hence distributed in each household by the tribal priests”,said Jhuman Munda,a school teacher.

He adds:”The Prasad (consecrated and sanctified food) on this occasion is Hadia or Diang, a highly popular local brew who basic ingredient is stale rice. Traditional group dance, music and feasting with gay abandon are the highlights of the festival.”