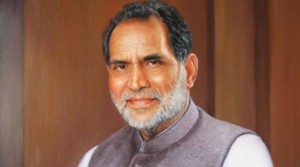 The memorial of former Prime Minister late Chandrasekhar in Delhi will now be called ‘Jannayak Sthal’.

Neeraj Shekhar, son of Chandrasekhar and Member of Parliament, had written a letter to the Urban Development Ministry proposing that his father’s Samadhi at Ekta Sthal Samadhi Complex in the Capital be named as ‘Jannayak Sthal’.

Keeping in view the long career of Chandrasekhar in public life and his distinguished contribution to different walks of public life, Urban Development Minister M. Venkaiah Naidu has agreed to the proposal, said a senior official of the Ministry..