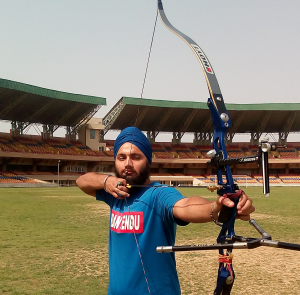 Two boys from Jharkhand were selected in the Under-19 Indian team of archery.They are Jaspal Singh and Anuj Kumar Gupta.Both of them were members of the Sports Authority of India run centre located inside the Birsa Munda Footfall Stadium,Morhabadi,Ranchi.

Now,both Jaspal and Anuj were selected in the Under-19 Indian team.They were to represent India in the South Asian Games slated to be held at Thimphu,Bhutan on May 18-20.

“We will leave no stone unturned to win”,said Jaspal Singh who along with Anuj are scheduled to leave India on May 14.