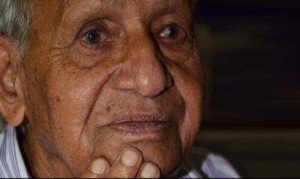 The iconic Rock Garden creator, Nek Chand died today at a hospital in Chandigarh after a cardiac arrest. He has amazed people with his unique sculptures made from waste, .

The 90-year-old Chand had been ailing and was admitted to a private hospital for the past few days. He was shifted to PGIMER last evening where he died shortly past midnight after suffering cardiac arrest, officials said.

The Chandigarh Union Territory administration has declared a holiday in its offices today.

His body will be kept in the Rock Garden tomorrow to enable people to pay their last respects.