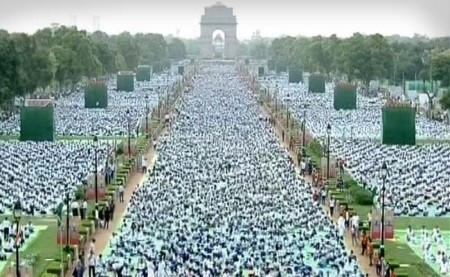 First,Yoga was practiced by 84 countries across the world.Two,35,985 people did Yoga at the Rajpath in New Delhi.

These two incidents were recorded in the ‘Guinness Book of World Records’.