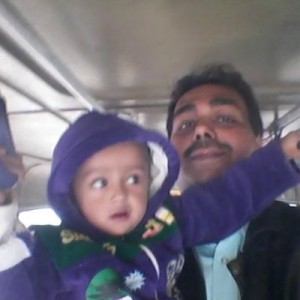 By gaining nomination to participate in the training programme at Maxwell School, Syracuse University, USA for Executive Master in Public Administration from August to December 2015,Hazaribagh Deputy Commissioner Sunil Kumar has evoked widespread criticism in Jharkhand.

Kumar,a Jharkhand cadre IAS officer of 1999 batch,is facing the charge of assaulting a Deputy General Manager rank officer of the National Thermal Power Corporation(NTPC).This NTPC officer was allegedly thrashed by Kumar on February 10,2015.So much so that he was hospitalised and subsequently,the state government ordered a probe into it.

The probe was conducted by Additional Chief Secretary NN Pandey.Even the National Human Rights Commission had sought a report on this issue.Sadly,the state government has not taken any action against Kumar.

” I am sure that his criminal act of brutal beating,manhandling and illegal confinement of a DGM level officer at his residential office as DC, Hazaribagh is widely known.Now,if he is allowed to leave the country for long duration, it will affect the process of departmental inquiry constituted by GoJH & amount to denial of justice”,says Anuranjan,a human right activist.

Anuranjan further said that Kumar was granted bail from court.”Legal issues have to be assessed and process of justice and legal proceedings must not be stalked by allowing him to go out of the country.