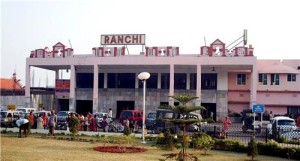 While one train is slated to move from Ranchi to Jainagar,another special train will run between Hatia and Puri.As per the notification of the Indian Railways,the first train(08611) will depart from Ranchi at 5.45 AM in the morning to reach Jainagar at 9.10 PM in the night,

From Jainagar,it will depart at 10.45 PM to reach Ranchi next day afternoon at 2.15 PM.This train is scheduled to run every Wednesday during October 14-November 15.

Another Train between Hatia and Puri is going to be called Garib Rath(02877).It will run every Friday when it will depart from Hatia at 4.55 PM to reach Puri next day at 10.45 AM.From Puri,it will depart at 6.20 PM and reach Hatia next morning at 11.20 AM.This train will run during October 16-November 21.