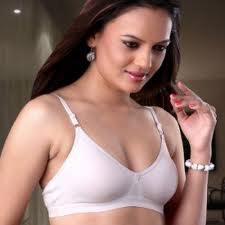 Its size has grown.From the classic 34B,top-selling bra size at one of Britain’s best known department stores two years ago, it’s a generous 34DD now.

A report by ANI quoted sales figures showing women from Debenhams, those in the North, Midlands and Ireland tended to buy bra of the bigger sizes, while their counterparts in the South and Scotland are a little less busty.

“Wales, however, wins the biggest average bra award, with an E-cup being the bestselling size in its stores there…Nearly four in five women questioned in the Debenhams survey said that they had squeezed into a bra that was too small for them”,said the report.

The report quoted the chain’s head of lingerie buying and design, Sharon Webb, saying that there had been a change.“Sales suggest that breasts are bigger than ever before,” the report quoting Daily Mail said.