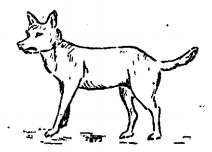 Bulu Imam is a cultural conservationist and environmentalist.He is the Convener, Indian National Trust for Art & Cultural Heritage (INTACH), Hazaribagh Chapter. He started the Sanskriti Museum and the Tribal Women Artists Cooperative,Hazaribagh.He has made several films on tribal culture and art. He was nominated for the Goldman Award, USA shortlist, 2006 and has presented Indian cultural heritage at the Vicino Lontano
Conference, Udine, May 2007. He has submited regular annual reports to ICOMOS World Report on Monuments and Sites in Danger, Paris (2001-2007). He has written several
monographs on ethnic societies, rock art, archaeology, tribal art as well as recently the Antiquarian Remains of North Jharkhand.

He has campaigned consistently to save the upper Damodar Valley from coal mining and is a climate activist.

He has researched and documented the aboriginal pariah-type dog kept by the Santal tribe and for many years has been tirelessly working for its recognition under the name “Santhal Hound.”