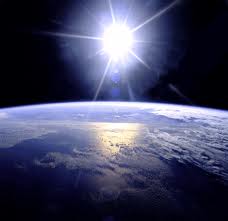 Many answers were provided to a fundamental question –what happens after death.Among these answers was an article authored by one Dee Dee in yahoo.com.

Since it sought to provide its answer in a scientific perspective,it deserves to be read by one and all.The article is as follows:

“Everybody will die, that is one thing that we are absolutely certain of. What exactly is death, and what happens in the time after death? From a biological point of view, death is a process, not an event. This is because the different tissues and organs in a living body dies at different rates. We can divide death into somatic death and cellular death. Somatic death is when the individual is not longer a unit of society, because he is irreversibly unconscious, and unaware of himself and the world.

Cellular death is when the cells quits respiration and metabolism. When all cells are dead, the body is dead. But all cells do not die simultaneously, except perhaps in a nuclear explosion. Even in a victim of a car bomb, where the body becomes fragmented, individual cells will continue to live for a few minutes or longer. Different celltypes can live for different times after cardiac arrest. Nervous cells in the brain are particulary vulnerable to oxygen deprivation and will die within 3-7 minutes after complete oxygen deprivation.

In many countries brain stem death is considered legal death, even if the body is kept alive with artificial means. This opens up for organ transplants of heart, liver and lungs, where the donor has to be dead.

After the onset of putrefaction (about two days after death) the body temperature will increase again, due to the metabolic activity of the bacteria and other decomposing organisms.

The concept of soul is more of spiritualistic and religious nature rather than that of scientific.”