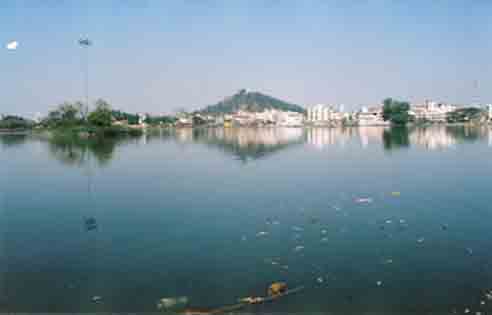 Jharkhand Food Minister Saryu Roy has been campaigning to save water bodies from pollution, which he claims is “main reason for diseases” in the state.

He expressed concern over not taking the campaign seriously and warned against the situation becoming alarming.

“If we continue to take things lightly then it will be disastrous in the next five years,” he said and added that even now some industries “are disregarding” Union Power and Coal Minister Piyush Goyal’s directive to submit reports as to what steps they had taken to prevent effluent discharge into rivers and water bodies.

The Minister said the idea behind the campaign was to prevent industrial effluence into rivers. He said that development works should also ensure protection of rivers and water bodies.

He has now made ‘Yugantar Bharati’, an NGO, the nodal organisation for all other NGOs and volunteer groups to take the campaign forward and cover all the 24 districts of Jharkhand.