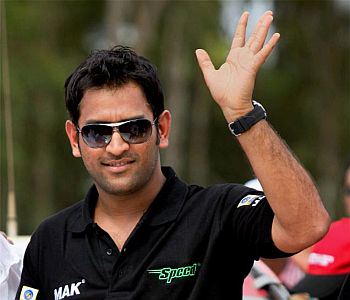 Mahendra Singh Dhoni will be playing domestic game for Jharkhand tomorrow after eight long years when they face Jammu and Kashmir in a group B game of the Vijay Hazare Trophy in Karnataka.

Captain cool last played for Jharkhand in the Syed Mushtaq Ali Trophy match in 2007. This was after the Indian team under Rahul Dravid had made exit from the ICC Cricket World Cup losing to Bangladesh and Sri Lanka.

However, Dhoni will not be leading his team and instead, will play under India fast bowler Varun Aaron’s leadership, which will also prepare the team for India’s T20.