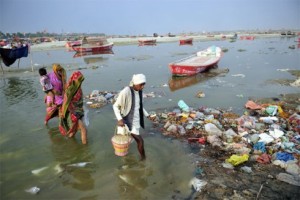 The National Green Tribunal today banned the use of plastic from Gomukh area to Hardwar along the Ganga river with effect from February 1, next year.

A Bench, headed by Chairperson and Justice Swatanter Kumar said no plastic waste would be disposed off into the river and no plastic bags would be used in the areas along the river bank.

The Bench added that industrial units would be shut down if they were found polluting the river.