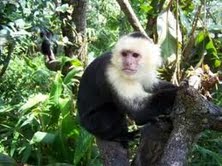 his is a true story of a victim of kidnapping.

The victim is a Yorkshire housewife.She reportedly spent five years in her childhood in jungle with birds and moneys in Colombia.

”Marina Chapman learnt how to catch birds and rabbits with her bare hands after being abandoned in the jungle by kidnappers”,said a report by ANI.

If her version quoted by The Telegraph is to be believed,she managed to escape from the clutch of the kidnappers and hit the streets, “sometimes being arrested and kept in a cell but was eventually taken in by a Colombian family to work as a maid in her mid-teens, and took the name of Marina Luz.”

“Later, during her mid-twenties she travelled with a neighbouring family who went to stay in Bradford on business for six months and stayed after she met John Chapman, then a 29-year-old bacteriologist, at a church meeting.They married in 1977.

She and her family have now decided to tell her story to help highlight the horrors of human trafficking in South America.Chapman believes she was born in about 1950 and she was kidnapped when she was five before being abandoned in the jungle.It’s assumed that the kidnap went wrong,” The Telegraph quoted Vanessa James, one of Chapman’s two daughters, as saying.

The tale of this woman is going to be told for the first time in a book and a TV documentary.