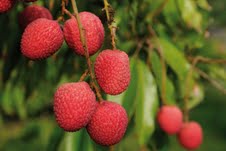 Flexibility for customization of Horticulture Plans required at regional level

Jharkhand has total area of 72.0 thousand ha cultivating fruit crops with a total production of 779.6 thousand tonnes. Mango, Guava and citrus fruits lead the crop production in the state as below:

The last six years have statistically seen a remarkable increase in the total area (116.21%) as well as the total production (100.61%) within Jharkhand when compared with the national level growth at 19.56 % and 35.50 % respectively. A major proportion of this expansion can be attributed to actuating schemes like NABARD’s National Horticulture Mission and Wadi Programme.

While this seems to be good news, it has been observed that during the same time period, the average productivity of fruit crops in Jharkhand has declined from 1.66 t/ha to 10.82 t/ha. On the other hand, even with a lower increase in the total area as well as production of fruit crops, the average productivity at the national level has witnessed a raise from 10.35 t/ha to 11.73 t/ha.

Jharkhand, with its water constraints, may find it difficult to cultivate crops like Banana which pose a higher water demand. In such a scenario alternate techniques must be adopted for increasing the average fruit productivity.

One of the most effective technologies for increasing the productivity of uplands is the fruit based multitier cropping system. This technique involves planting the fruit trees with a large canopy (e.g. mango, litchi, aonla, sapota) at a spacing of 10 m x 10 m and planting the ones with a smaller canopy and precocious bearing habit (e.g. guava, lemon, custard apple etc.) at a spacing of 5 m x 5 m between plants and between rows. Thus, the system accommodates 40 large canopy plants and 120 medium canopy plants per acre area. The rationale of the technique lies in the efficient utilization of land under the fruit trees with a slower growth rate of their canopy in the plateau conditions of Jharkhand.

Research work carried out at ICAR Research Complex for Eastern Region, Research Centre, Ranchi has indicated a paddy equivalent yield of greater than 12 t/ha in the case of a mango based multitier cropping system at an age of 8 years. In case of traditional mango orcharding, the farmer can hardly earn any income till the orchard attains an age of 8 years.

Since the schemes have been planned centrally, they do not offer any scope for any alteration at the regional level even though the existing plans do not provide for effective utilization of land, particularly under Jharkhand conditions. Hence there is an urgent need to provide scope for customization of these schemes, to introduce more effective crop techniques, keeping in view their suitability to regional conditions.

In this regard, it is imperative to merge the techniques developed at various research institutes, with the exsisting schemes on horticulture development. Mainstream adoption of more effective, efficient techiniques will be a sure and significant step towards higher yield crops, thus strengthening the agricultural backbone of our country.