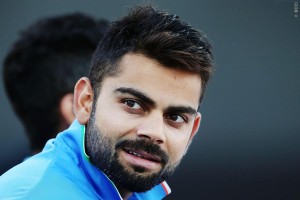 Ranchi will miss to witness star cricketer Virat Kohli play the T-20 match on behalf of India against Sri Lanka on February 12.

This became evident from the list of players announced by the BCCI in Mumbai today.The list misses the name of Virat Kohli in three matches to be played by India against Sri Lanka.