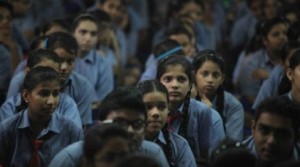 Stating that the girls’ enrolment at primary and upper primary levels remained stagnant at 50 per cent over the years, the survey said similar stagnation was observed in the enrolment of students belonging to SC and ST population