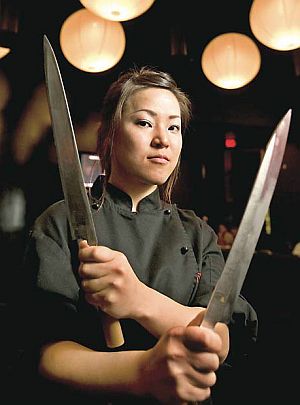 While you may not agree,a report published in India Hotels provides the answer in the affirmative.
”Yes”,says the report addng:”If the number of chefs working for the star hotels are of any indication.”

Even the cooks working for the state government run functional guest houses in Jharkhand were men.

But “a survey of 1,000 women for the Cooeperative Food in London found that 85 percent of respondents aged 55 and above could confidently cook a perfect fried or boiled egg,and 80 percent could make a delicious meal from random ingredients”,The Telegraph has reported.

“Women who have reached their mid-50s have a repertoire of more than 15 meals they can quickly rustle up, have mastered the timings for a roast dinner, know how to produce a thick gravy, and can make bread, ice cream and pasta from scratch”,states a report by ANI.

“Half of them said that they never used sauces from jars or packets and always made their own, and three-quarters said they regularly baked cakes and biscuits.”