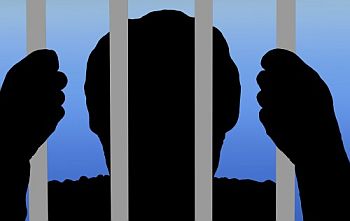 Shoot,maim,torture and loot the state treasury.The looter manages to remain beyond the reach of the judiciary even if the police had furnished tonnes of documets to prove it.Normally,this happens in India.

Now contrast it with the reality in the US where in a case,a 82 year old man called Hume Hamilton was found guilty of animal cruelty last month.Hamilton was sentenced to three years in prison, followed by two years of probation.

Reports said “In the surveillance video, Hamilton was seen along the 900 block of South Andrews Avenue, walking a dog up a driveway where the cat was resting. When Hamilton’s dog starts to viciously maul the cat, he used his foot to step on the cat, trying to separate the two.”

“The cat died from its injuries in this incident, which happened in the month of July.“Now, we can move on, We have closure now, justice has prevailed.”7 news WSVN quoted the cat’s owner, Wayne Spath as saying.“That was a pet, my daughter found that cat as a kitten, had it for 12 years. That cat was 12 years as part of our family.”

On top of it all, the Judge in his verdict has asserted that Hamilton would not be allowed to own an animal again, once he gets out of prison.