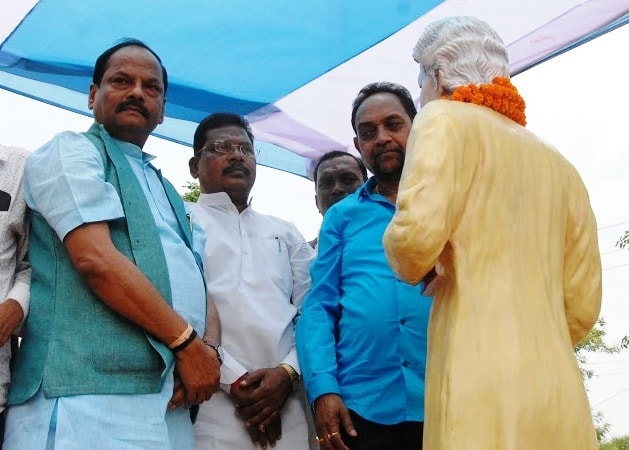 Picture shows CM Raghubar Das and others standing in front of the Raghunath Murmu Memorial statue at Kosapulia under Bahragorda block in East Singhbhum district.

"To keep the Santali literature alive,he had created the Ol Chiki script",said the CM while addressing a meeting at Kosapulia under Bahragorda block in East Singhbhum district

Inorder to falicitate and honour his contribution,the statue of Ragunath Murmu.Since the tribal Santali language followed Hindi script,Raghunath Murmu worked for years and came up with Ol Chiki script for santali in 1925.

Now,if the CM Das is to be believed,Santali plans to be tought in state government run schools in the state.