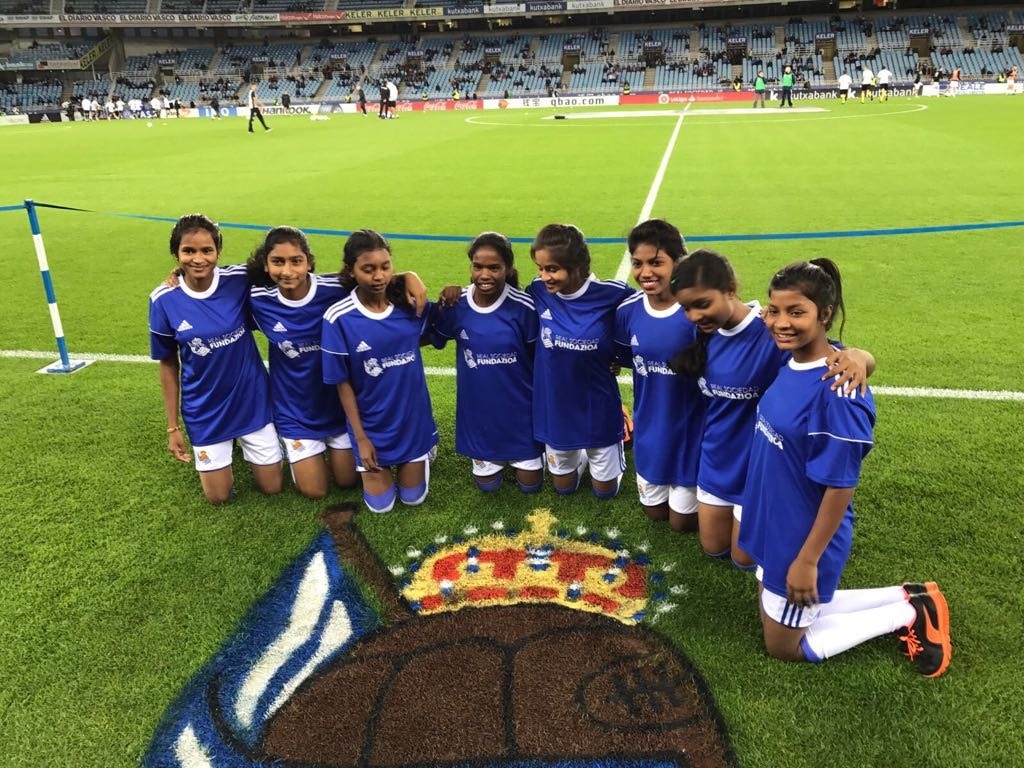 YUWA with BookASmile give life to their sporting dreams.

A group of 10 young and aspiring footballers from Jharkhand are currently in Spain to get the best-in-class training directly from players of Real Sociedad, one of the most popular football clubs that plays in the La Liga, the top league of Spanish football.

An initiative by YUWA, an internationally acclaimed NGO with support from BookASmile, gave the girls the opportunity of undergoing a two-week UEFA 2017- Level 1 training program by the Real Sociedad, a La Liga team. Their joy knew no bounds, when they were also given a once in a lifetime opportunity to walk out on the field with the players during the Real Madrid Vs Real Sociedad match on Sunday, September 17, 2017!

These coaches are learning all the new training tricks and techniques to bring back to their teams in India. This is the first group of YUWA Indian coaches to train with a La Liga team. The eight young women and two young men were chosen from YUWA’s 35 coaches who lead practices for 270 girls and 30 boys in Jharkhand every morning.

BookASmile – the charity initiative of BookMyShow, has developed the Football For Empowerment Program with YUWA for an entire year till March 2018, to provide training and development on and off the field to over 300 girls daily in Jharkhand.

Farzana Cama Balpande, Head- BookASmile said, “At BookASmile, we are always working towards providing children with opportunities, that usually people like you and I take for granted. We believe in the power of sports for development, especially for young girls from vulnerable backgrounds. It’s a step in the right direction, to not only help YUWA build a stronger football community but also empower the girls of Jharkhand.”