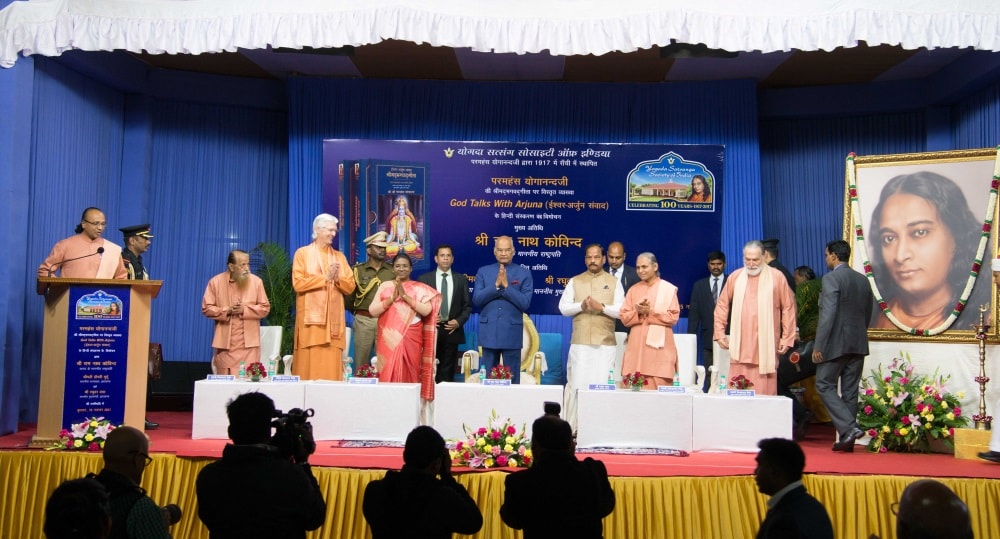 The President of India Ram Nath Kovind participated in the centenary celebrations of  Yogoda Satsanga Society of India in Ranchi on Wednesday.

Mr Kovind who was accompanied by Governor Draupadi Murmu and Chief Minister Raghubar Das addressed the gathering of members of the Yogda Satsang Society of India.Many of them had come to attend the function from across the world.

On this occasion Swami Chidanandaji Maharaj - President of YSS,  Swami Smarananandaji - General Secretary of YSS, Swami Vishwanandaji and Swami Nityanandaji along with other dignitaries were present.