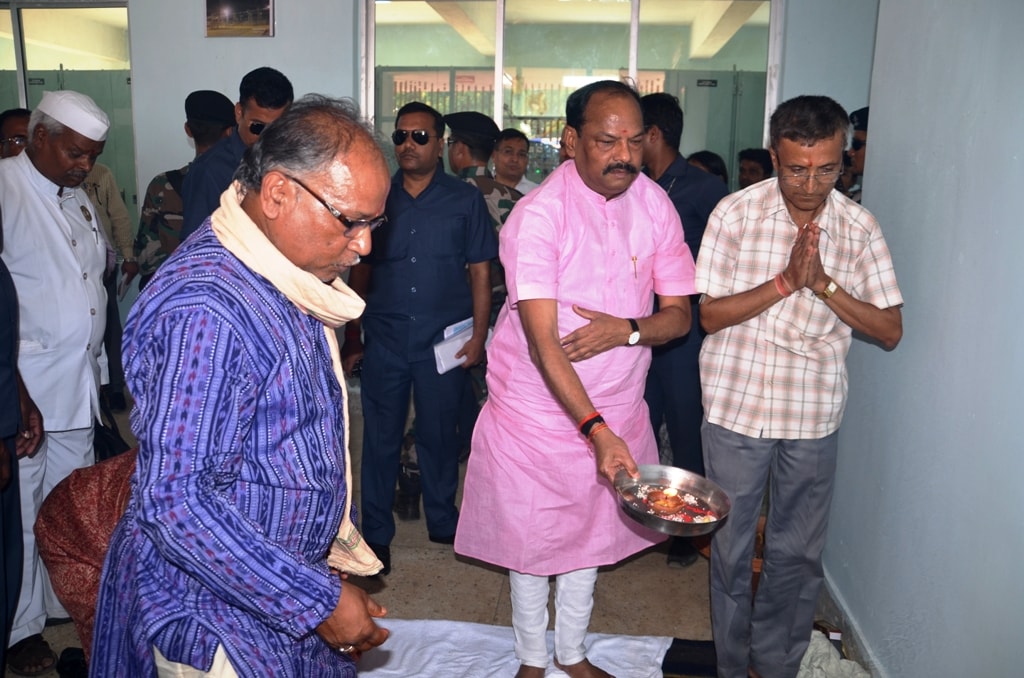 Chief Minister Raghubar Das said that Prime Minister Narendra Modi is coming to Jharkhand to bring backward districts of the state like Simadega, Pakud, Gumla, Chaibasa in the list of developed districts. On May 25, the Prime Minister will talk to the deputy commissioner of such districts and decide the development plan. He was speaking at the inauguration ceremony of newly constructed 132/33 KV Grid Sub Station Simdega, 132 KV Manoharpur Simadega transmission and 132 KV Chaibasa Manoharpur line in Veeru, Simdega. Mr. Das said that the Central Government provides the amount of 50 crores for the development schemes to be taken up in such districts.

Mr. Raghubar Das said that the state government will subsidize the rate of electricity for poor and small shopkeepers. 15 lakh consumers of state do not pay electricity bills. We must discharge our duty honestly. Soon, the Atal Electrification and Tilka Manjhi Electrification Plant will start. Different feeder will be made for farmers, domestic and industrial use. Mr. Das said that by 2018, the goal of electrification of every household is fixed on which work is going on. Electricity has been provided to 247 remote villages through solar energy.

The Government of India has constituted Tribal Development Committee and Village Development Committee for the development of village by villagers themselves. Mukhiya should give their full support to these committees and ensure their participation in the economic upliftment and prosperity of the village and the poor.

Mr. Raghubar Das said that the women of Simdega have marked their identity throughout the country. State government is putting effort to make clean Jharkhand by October 2, 2018. Let us all unite and work to make Prime Minister's clean India Mission successful.

Simdega MLA Vimla Pradhan said that with the efforts of the Chief Minister streamlined power supply will be ensured in Simdega. The state government is endeavoring to empower women and their independence. Women are given respect and independence through Sakhi Mandal. Simdega is doing better in cleanliness campaign and women's involvement in this is playing an important role.

Principal Secretary, Energy Nitin Madan Kulkarni said that prior to the construction of the substation, Kamdara had a supply power in Simdega. After Deendayal Electrification Scheme, 7 substations are being constructed. Soon substation will be built in Bano. Electricity has reached to 83 thousand houses of Simdega. Rural should take the benefit of Saubhagya Scheme, it is free.

9 people who were returning to Bangaru after attending a marriage ceremony in Gotiadamar in April had died in a road accident. The Chief handed a cheque of 1 lakh to their families.

The program was attended by other people including Jata Shankar Chaudhary, Director, Energy Transmission, Simdega.