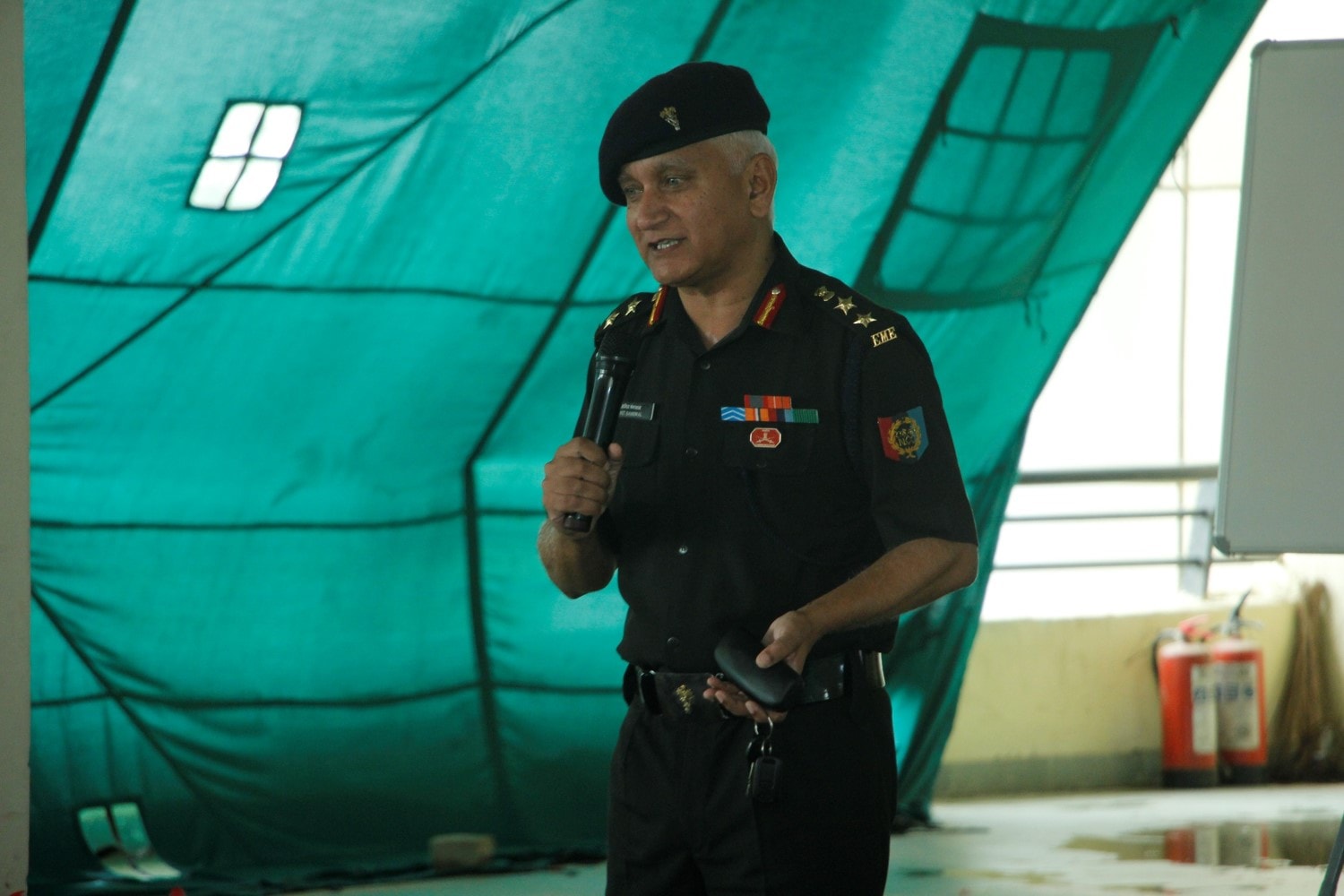 An interactive knowledge session on the importance of immunization was organized for over 300 National Cadet Corps (NCC) cadets who are attending the state level camp in Khelgaon by NCC Ranchi and UNICEF.

During the session, the cadets were made aware of the benefits of immunization especially the Measles-Rubella (MR) vaccine which is going to be introduced in Jharkhand in July. Post the interactive sessions fifty cadets were taken to Anandi village in Ormanjhi block of Ranchi to interact with school children and villagers and help spread the word about the benefits of the MR vaccine.

During the MR campaign, about 1.17 crore children between the ages of 9 months to 15 years will be immunized in Jharkhand. Following the campaign, the combined MR vaccine will be available under routine immunization, replacing the earlier administrated two doses of measles vaccine.

Dr. Madhulika Jonathan, Chief of UNICEF Jharkhand says, “Adolescent and youth engagement is central to UNICEF’s work. We are proud of our NCC cadets who are true champions and advocates of child rights taking the message of the importance of immunization to the school children and the community in Anandi village of Ormanjhi block of Ranchi after the knowledge session today. UNICEF is committed to working with the NCC in our quest to create a world fit for all children.”

Colonel Amit Dangwal, Commanding officer, National Cadet Corps (NCC), Ranchi said, “The  NCC provides opportunities to the youth of the country for their all-round development with a sense of duty, commitment, dedication, discipline and moral values so that they become able leaders and useful citizens. We are pleased to partner with UNICEF to support the Government’s immunization campaign. Today’s engagement has laid the foundation for a long-term collaborative partnership with UNICEF based on our shared common goals.”

Dr Vanesh Mathur, Health Officer, UNICEF said, “Measles is one of the leading causes of death among children under 5 years. As per WHO estimates, measles killed over 49,000 children in 2015 in India. And Rubella is a mild viral illness but can lead to serious consequences if infected during pregnancy such abortion, miscarriage, stillbirth and can cause congenital anomalies in the foetus and newborns affecting the eyes (glaucoma, cataract), ears (hearing loss), brain (microcephaly, mental retardation) and heart defects, many of which require costly therapy, surgeries and other expensive care. Both measles and rubella can be prevented by the MR vaccine which offer lifelong protection. Malnourished children should be vaccinated on a priority basis, as they are more likely to have complications like diarrhea and pneumonia.”

Addressing the cadets, Dr. Ajit Kumar Prasad, Medical Officer, Child Health Cell, Department of Health & Family Welfare, GoJ said, “The MR vaccine is provided free of cost. A single shot of the vaccine is being given to the target children during the campaign through session sites at both government and private schools, health facilities and outreach sites. I urge all cadets to help support the Government’s MR campaign and make it a grand success.”

An MR quiz was also conducted and prizes distributed to the winning cadets. Cadet Akanksha Singh from St Xavier's College said, “Measles & Rubella can’t be stronger than our determination. We are MR Champion and committed to working with UNICEF to eradicate this disease from our country.”

Cadet Akash Singh from BIT Mesra said, “We all should take a step forward and join this MR campaign to eliminating measles and to control rubella by 2020.”