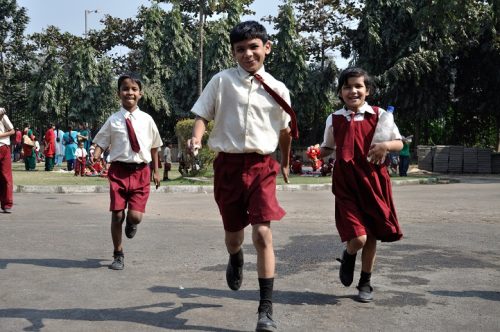 Naxalite violence incidents have gown down. As a result, start-ups(Paan shop, Dhaba, vehicle repair set up and cloth shops have come up in Naxal infested areas of Palamau, Garhwa, Lohardaga and Pakur.

Roads are fresh in several rural areas such as Hazaribagh, Chatra and Giridih. Women are being empowered by an innovative reform. The reform introduced by the state government allows land registration in the name of a woman at a bare minimum cost of just Re 1.

Official data show that this reform has led many men to purchase land in the name of their female members.

More, the pensioners who used to get payment six-nine months after running around from pillar to post are gaining it on the first day of every month in their bank account through Direct Benefit Transfer scheme.

"Thousands of people have benefitted from many such schemes of the government(both the state and the center). The process of change was visible in both urban and rural areas", claims a senior social activist Randhir Kumari,a school teacher,who does not belong to any political party.

The state government led by Chief Minister Raghubar Das appears to be trying to deliver.Even the third edition of the government's ease of doing business index for states is expected to show Jharkhand, Telangana and Andhra Pradesh on top of its list.

However,there was continuity visible in many streams of socio-economic sector of the state.The schools continued to lack qualified teachers;students lacked books;hospitals were packed with patients without competent doctors;and the people suffered untold miseries due to power shortage.

While the change was being appreciated by many,some were critical of the government.A couple of them were highlighting only continuity part.The journos who backed them for 'vested interests' were depicting the 'negative' stories in social,print and TV media.

Against this backdrop,a report carried by ndtv.com via ANI states that Jharkhand was putting their lives at risk-meaning people of the Jaram tribe and from nearby villages in the Naxal-affected Latehar district of Jharkhand who were being forced to cross the Sukri River on foot to reach Latehar city for work and to run errands. Truth is the district administration had started building a bridge a decade ago. Sadly,it remains incomplete owing to threats by Naxals.

"The construction of the bridge has been pending for a long time. Naxals are not allowing the administration to construct the bridge. During monsoon, our movement gets halted as the river overflows," a ndtv.com quotes ANI having been told by a villager."And those who have two-wheelers, they can be seen them carrying them on their shoulders."

"Naxals threatened the contractor and burnt construction equipment. We request the government to help us," is a statement of another local, who had to carry his motorcycle to cross the river.