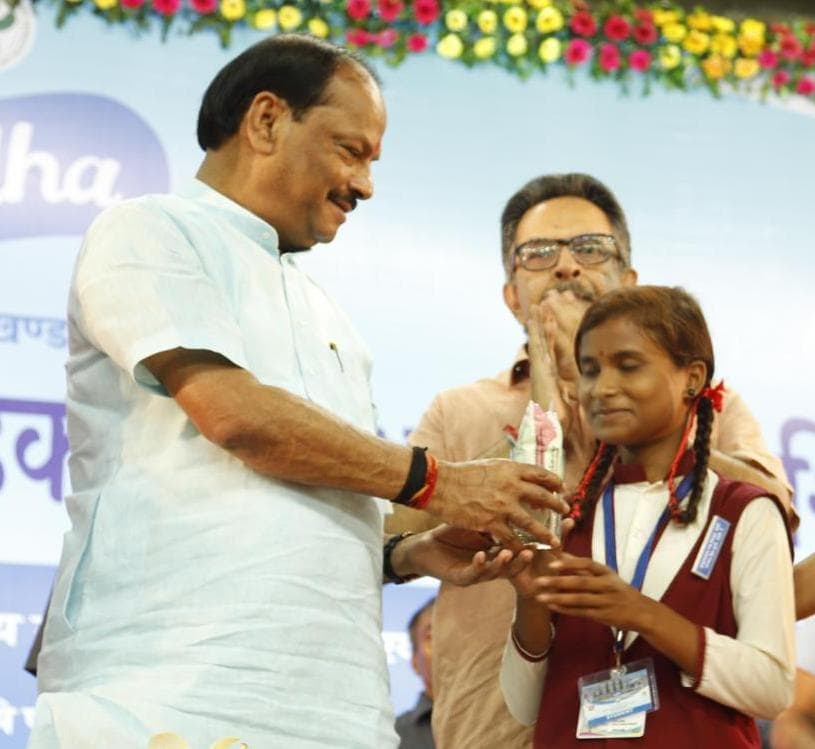 Chief Minister Raghubar Das said that milk worth Rs. 350-400 crore comes from other states. The goal of our government is to produce more and more milk. There will be no need to find a market to sell milk to the cattle owners. The government will buy milk through Medha Dairy. With the arrival of 400 crore rupees in rural economy, the prosperity of the villagers will increase. By 2022 the aim of doubling the income of farmers will be met. Chief Minister was speaking after inaugurating the Cattle Feed Plant, laying the foundation stone of the Product Dairy Plant and introducing free gift milk program for the schoolchildren.

The Chief Minister said that animals die due to disease in the rainy season. There are 560 veterinary doctors in the state. Make a roster for animals to be tested every month. Check the health of animals by putting camps. He said that form Milk Co-operative in every village through Self Help Group for milk production. With this, we will not have to wait until 2024 for the white revolution.

He started the Gift Milk and said that this is going to a major step towards giving nutritious food to our children. It is being started in Ranchi and eight other districts. Now where there is Milk Root, those places are will have Gift Milk. In the coming time, it will be implemented in the entire state. In this, children will get five flavours of milk. We will also get rid of malnutrition.

Chief Minister also gave emphasis on vegetable production. He said that there is a lot of demand for organic vegetables in the world. Increase its production. Agro summit will be held in Ranchi in November, it will bring country-to-world companies. The products, machines, techniques etc. related to farmers will be displayed that will benefit our farmers.