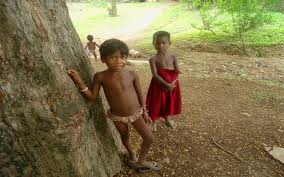 Poshan Abhiyan (PM’s Overarching Scheme for Holistic Nourishment),launched by Prime Minister Narendra Modi on 8 March 2018 aimed to improve nutritional status of children up to 6 years of age, pregnant women and breastfeeding mothers though specific targets for stunting, underweight and low birth weight (reduction by 2 percentage points per year) and anemia (reduction by 3 percent per year),is going to be carried in Jharkhand.

"It is planned to be celebrated in September", states the UNICEF,Jharkhand,a prime body involved in the move.

In its report,UNICEF,Jharkhand informs that "Globally, undernutrition directly or indirectly contributes to almost half of the under-five mortality. Adequate nutrition during the first 1000 days - from conception to a child's second birthday, not only helps children survive and thrive, but supports them to reach their full growth and development potential, which has an impact on learning and educational outcomes and hence improving India's macroeconomic growth."

Why invest in nutrition?

§  As per Global Nutrition Report 2017, investing in nutrition offers $16 return for every $1 invested.

§  All forms of malnutrition (undernutrition, micronutrient deficiencies, and overweight) cost the global economy US$500 per individual per year

The key statistics from Jharkhand as per the National Family Health Survey (NFHS-4) are below.]

§  Every 2nd child below five years of age is short for his/her age: Stunted (Prevalence= 45%)

Approximately 2 million children (45.3%) under five years in Jharkhand are stunted, with a long-term impact on lowering learning capacity and increased school dropouts, lowering earning potential in adult life and intergenerational transfer of undernutrition and poverty.

Although 62% children in Jharkhand are born in health facilities only one-in-three children are put to breast within one hour of birth. Nearly one -third of infants do not get exclusive breast milk during the first six month of their life.”