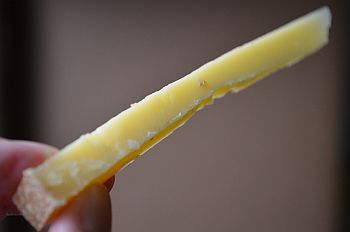 For the first time,evidences of cheese making found in potsherds from Poland can throw light on how milk was used to determine genetics in Europe.

“Cheese evolved after the development of diary farming,which helped people take advantage of animal milk,a highly nutritious food one can sustainably procure”,writes eminent writer Charles Choi in his article-Discovery shows they may have begun dairies and changed Western digestive capabilities”-incorporated in Live Science on December 12.

The article,based on research, is an eye opener.It states as follows:

Most of the world, including the ancestors of modern Europeans, is lactose intolerant, unable to digest the milk sugar lactose as adults. However, while cheese is a dairy product, it is relatively low in lactose.

“The transformation of milk to a more tolerable product such as cheese for lactose-intolerant people may have helped promote the development of dairying among the first farmers of Europe,” researcher Peter Bogucki, an archaeologist at Princeton University,is quoted having told LiveScience.

“In turn, the presence of dairying over many generations may have helped set the stage “for a biological change in Europeans, the evolution about 7,500 years ago in Europe of lactase persistence — that is, keeping the enzyme lactase, which breaks down lactose, well into adulthood,” researcher Richard Evershed, a chemist at the University of Bristol in England, told LiveScience. “This changed Western digestive capabilities.” [ The 7 Perfect Survival Foods ]

Though no bonafide research findings were available on whether cheese was made by farmers in India and China,the researchers shed light on the origins of dairying by analyzing locales in central Europe,home to the Linear Pottery, or LBK culture, the first known farmers of Europe back in the Neolithic, or New Stone Age.

Bogucki and his colleagues have worked in this region for more than 35 years, at archaeological sites originally uncovered in the 1930s by farmers digging for gravel.”

How Cheese is made

Cheese is made by taking curds of milk and pressing them in cheese strainers, which squeezes out lactose-rich whey, leaving protein- and fat-rich cheese. “It was one of those moments when a light bulb goes off in your head,” Bogucki said. “Now it’s a long jump from 19th-century Vermont to Neolithic Poland, but we had all this other suggestive evidence of dairying at the sites as well, such as huge amounts of cattle bones.”