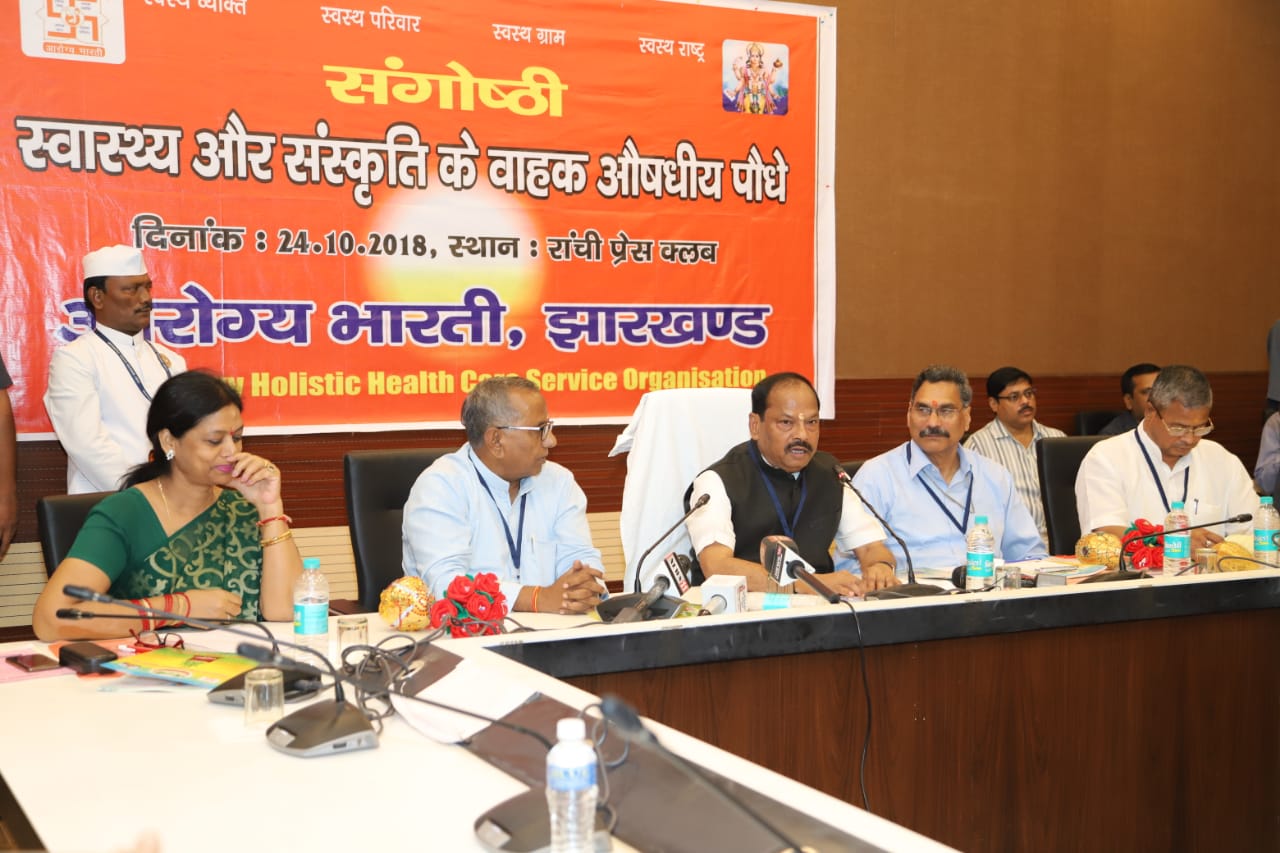 Chief Minister Raghubar Das said that providing better medical facilities to the people of the state is the priority of the government. Positive work is being done in the health sector since the formation of the government. Construction of Homeopathy College in Godda is completed. Soon this college will be inaugurated. Construction of Ayurvedic College in Chaibasa is in progress. The building of the Yunani College in Giridih is ready. It is planned to be operated on PPP mode. 5 acres of land has been identified in Itki for 50 bedded Ayush Hospital. A proposal to the Government of India has been sent regarding this. The Central Council of Yoga and Naturopathy has been given a place in Ranchi for conducting yoga. This center will start in a month. Chief Minister was addressing a seminar on medicinal plants for health and culture organized by Health Bharti at Ranchi Press Club.

The Chief Minister said that a healthy society will create a prosperous and developed state. The state government has full focus in the field of healthcare. The government has given 15 acres of land to the Central Council of Yoga and Naturopathy in Deoghar for the establishment of Yoga and Naturopathy Hospital. Yoga center is being run in Ranchi with the help of Shri Arvindo. The work of developing a herbal garden at NHM campus is in progress. The Chief Minister said that recently a team headed by AYUSH campaign director went on a tour of Chhattisgarh. It is the government's priority to develop AYUSH. bedded for Rs 28 crore.

The Chief Minister said that Ayurvedic medicine is the ancient method of the country. People are accepting ancient method of our country across the world. The Chief Minister said that there is immense potential for employment in Ayurvedic medicine sector. Jharkhand is a state of forests. All the plants have medicinal properties. The state government will make medicinal plant board functional. The work of making Ayurvedic medicines through this board will be done. We should adopt modern science and technology to this traditional science and produce better quality medicine.

The Chief Minister congratulated Health Bharti for organizing a seminar on the topic of medicinal plants for health and culture and said that for the all-round development of Ayurvedic medicine, Health Bharti and the State Government will work in coordination. In the seminar, the Chief Minister suggested that such programs should be organized in all the districts so as to increase the awareness amongst the people towards Ayurveda. He said that the government will help the Organizer Institute upon establishing Ayurveda plant in the state.