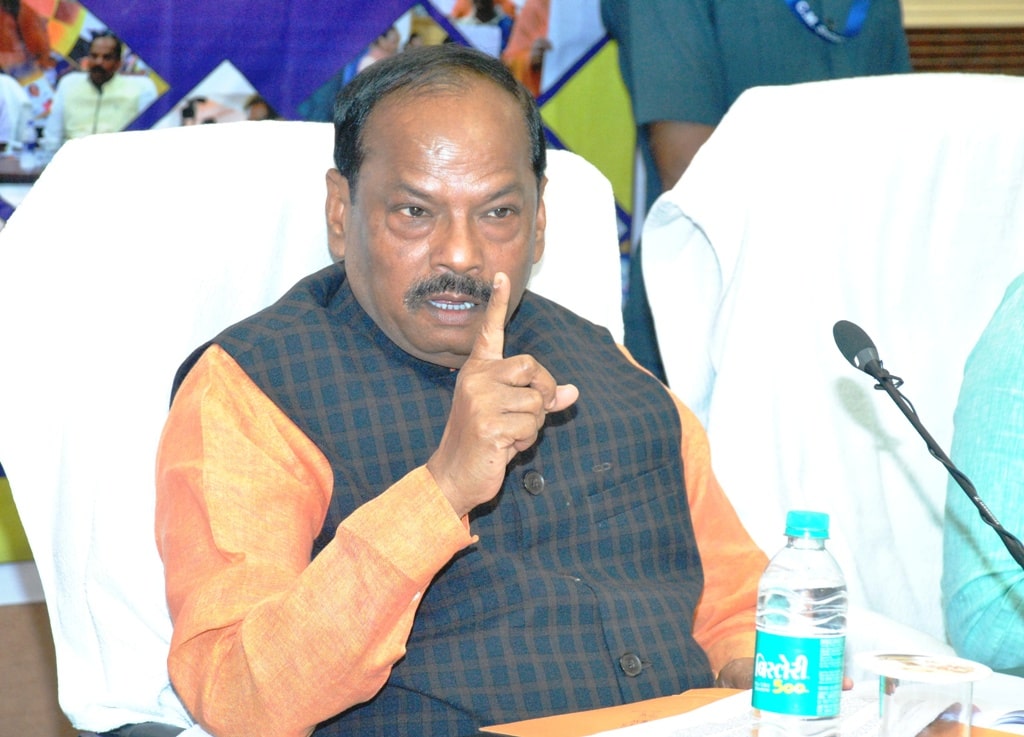 Chief Minister Raghubar Das has asked for a report on the incident of rape and the action taken by the police on them from the superintendents of police of all the districts within a week. In such incidents, the Chief Minister will himself review, the arrest of the accused, charge sheet against him and conviction. The Chief Minister was reviewing cases in ‘Seedhi Baat’ program of Jansamvad Kendra at Suchna Bhawan. He reviewed a total of 22 cases and instructed the Deputy Commissioners to review the complaints lodged in Jansamvad Kendra every week.

In the case of gang rape in Giridih, no action has been taken so far against the accused. The Chief Minister expressed his displeasure and asked the Superintendent of Police to file charge sheet in all such cases within two months and if any police officer fails in this, then suspend him immediately.

Gopal Goswami was working in the Irrigation Department (Water Resources Department) of Jamtada. He died during service in 2011 and even after 7 years of death his dependent son Sonu Kumar did not get a job on compassion. On this, the Chief Minister directed DC Jamtada to issue appointment letters till 15 November 2018.

Another complaint related to the job on compassion came from Hazaribagh. Bandhu Oraon working in the Finance Audit Department, Hazaribagh, died during service in a road accident. After death, his dependent wife Sangeeta Kachhap was not given a job on compassion. The Chief Minister directed the Deputy Commissioner Hazaribagh to examine the matter himself and ensure the appointment till 15 November 2018.

Electrician Mantu Bhokta died due to electric current but still his dependent are not given compensation. The chief minister asked the officers of the department to pay compensation on which the executive engineer said that compensation will be paid within 3 days.

On the complaint of Ganesh Mehra being not paid Divyangata pension, Deputy Commissioner, Deoghar informed that during his investigation, his Divyangata Certificate was found to be fraudulent. On this, the Chief Minister instructed the Deputy Commissioner to examine the matter by himself if the person found to be Divyang then immediately issue the certificate and start the process of pension.

Meso rural hospital was constructed in 2010 in Chiru village of Khuntpani block of West-Singhbhum but it is left non-operative. The Chief Minister instructed the Deputy Commissioner to start the hospital till 15 November.
Due to the breakdown of the solar plate of water tank, water supply is closed in Maheshpur Village of Godda since the past two and a half years. A woman was hurt as well. The Chief Minister instructed to complete the repair of solar plates within two months and start water supply. During the program, he also announced to give ten thousand rupees to the injured woman in the incident.

Application of Palamu's Niranjan Kumar Baitha was being kept pending for four years for the benefit of the Lakshmi Ladli scheme, the Chief Minister directed the officers of the women, child development and social security department to review all the issues related to the Lakshmi Ladli scheme, so that the daughters of the state have no trouble getting the benefits of this scheme.

On the complaint of not being equipped with accessible toilets in Palakot bus stand of Gumla district, the Chief Minister instructed DDC Gumla to build a toilet in the bus stand soon.

Crop of maize of Lalita Devi was ruined two years ago. Despite crop insurance, the amount of insurance has not been paid to her. In this regard, the department officer present in the program told the Chief Minister that the payment was pending with the insurance company. On this, the chief minister ordered the officer to ensure payment till 15th November. In such cases, bring the process of getting payment done by the Trust to accelerate the payment of the compensation on the loss of the crop to the farmers.

14 Jal-Sahia from Satbarwa, Palamu are not paid salary since the past 18 months. The Chief Minister ordered the nodal officer of the Health Department to pay the outstanding amount to all Jal-Sahia before November.

During Seedhi Baat, Principal Secretary to Chief Minister Dr Sunil Kumar Barnwal instructed the Deputy Commissioners of all the districts to ensure the arrangements of buildings for the skill development centers by 15 November. By 12 January, one lakh youths of the state have to be provided employment after training. He said that the vacant government buildings and buildings of check post can be used for the training center.

The Chief Minister talked to people of Aasanpaliya Panchayat of West Singhbhum through video conferencing. One villager complained about not receiving old age pension. On which the chief minister instructed the DC to ensure his payment. The Chief Minister asked Bahadur Singh Sirka, representative of Munda society, whether all are getting facilities of government. Mukhiya told the chief minister that the facility of toilet, LPG gas has been given in the village.