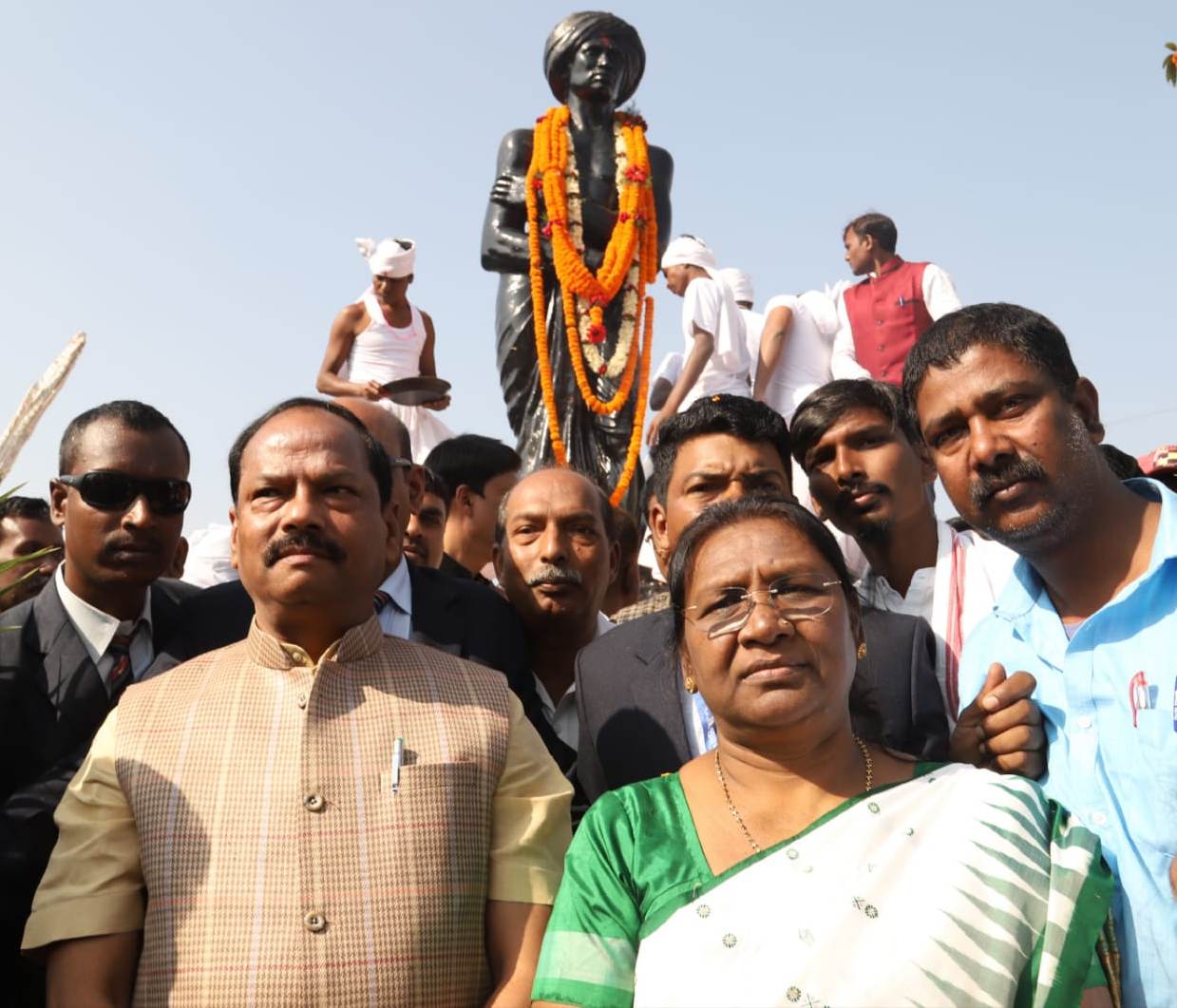 On the auspicious occasion of the 143rd birth anniversary of Bhagwan Birsa Munda, Jharkhand Governor Draupadi Murmu and Chief Minister Raghubar Das gave a tribute at the Samadhi site of Birsa Munda situated at Kokar in Ranchi and garlanded his statue at Birsa Chowk.

It is to be noted that Jharkhand was established in the year 2000 on the birth anniversary of Bhagwan Birsa Munda. Bhagwan Birsa Munda agitated against British rule, his sacrifice and unparalleled bravery is unforgettable. Birsa Munda, son of Sugana Munda and Karmi Hathu, was born on November 15, 1875, in Ulihatu village, Jharkhand.

On October 1, 1894, as a young leader, he gathered all the locals and agitated against British for tax relaxation. In 1895 he was arrested and sentenced to two years imprisonment in Hazaribagh Central Jail. Between 1897 and 1900, Bhagwan Birsa continued his war against the British. In 1898, Birsa Munda was attacked by the British forces on the banks of the river Tanga, in which first the English army was defeated but later many tribal leaders were arrested in that area. Birsa took his last breath in Ranchi Jail on June 9, 1900. Birsa not only did agitation against British rule but also tried to change the lifestyle of people.