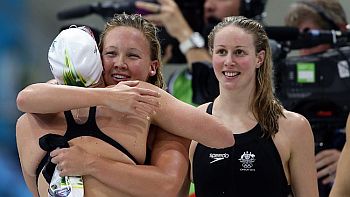 The Apple I Phone 5.Such has been the craze for this phone in Communist China that the people were vying with each other to have it.

Ahead of all of them appeared to be a woman from Xiamen who were reportedly selling hugs on the streets to buy it.

Though her name was not revealed,Malaysian Chinese newspaper Kwong Wah Yit Poh carried a story saying she stood along the busy road in Xiamen on Monday,displaying a placard.Her placard read: “10 yuan (RM5) for a hug, to collect money for an iPhone 5.”

“A man took a picture with her instead as he felt too shy to give her a hug”,said the ANI report quoting the daily.

The same report said she became a hot topic among Netizens on social networking site Weibo, with some branding her as “a materialistic girl who would sell herself for luxurious pleasure.”