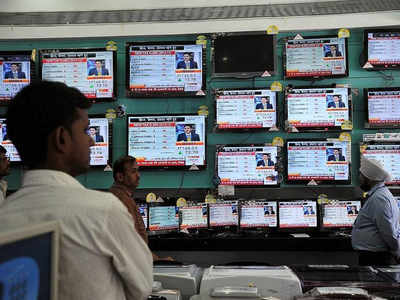 TV viewers are in confusion over new regulations issued by the Telecom Regulatory Authority of India (TRAI). Many of them lack the freedom to select the television channels they wish to watch.

Some don't know how to select the channel and make payment. The TRAI rule has been enforced upon all DTH and cable TV service providers- Airtel, Tata Sky, Dish TV, cable and multi-system operators like GTPL, Siti cable. The deadline for the viewers to choose the channels of their choice was March 31.

According to TRAI, the base pack for all broadcasters is Rs. 130 plus 18 per cent GST amounting to a total of Rs. 154 per month. This includes 100 channels and the mandatory Prasar Bharati ones. If a viewer wishes to watch more than these 100 channels, it can be done so at an additional cost of Rs. 20 per month for another 25 channels.

Even though the viewers now have the freedom, they are still unable to figure out on how to select the channels. The residents of the State capital are in utter confusion on how to get the maximum value for their money.

Said a resident of Ranchi:“I had taken an annual pack from December 2018- December 2019. Since this new rule has been implemented in February 2019, I don’t know how the money which has already been paid will be adjusted. Even though I have selected the channels I wish to watch, there are no kids’ channels available in any of the new packages."

Also now one has to pay for each channel separately like Star Plus, Star Gold, Star World have to be marked and paid for individually and not as a package”, said Amrita Kumar- a Tata Sky consumer.

Similarly, Vinita Roy, a GTPL subscriber remarked, “If you subscribe for the most expensive pack which is for Rs 650, you get all the channels, but then if you wish to opt for a slightly cheaper pack, it becomes very confusing as it has a number of channels one does not want. The cable operators also push you to take the expensive packs. Also, there is a lot of disturbance regarding the telecast since the past month.”

Puja, a young Tata Sky viewer feels that the new system is making a fool of the customers. “Earlier in my monthly pack of Rs. 890, I would get about 150 channels, but now for a monthly rental of Rs. 842- I only get 63 channels.”