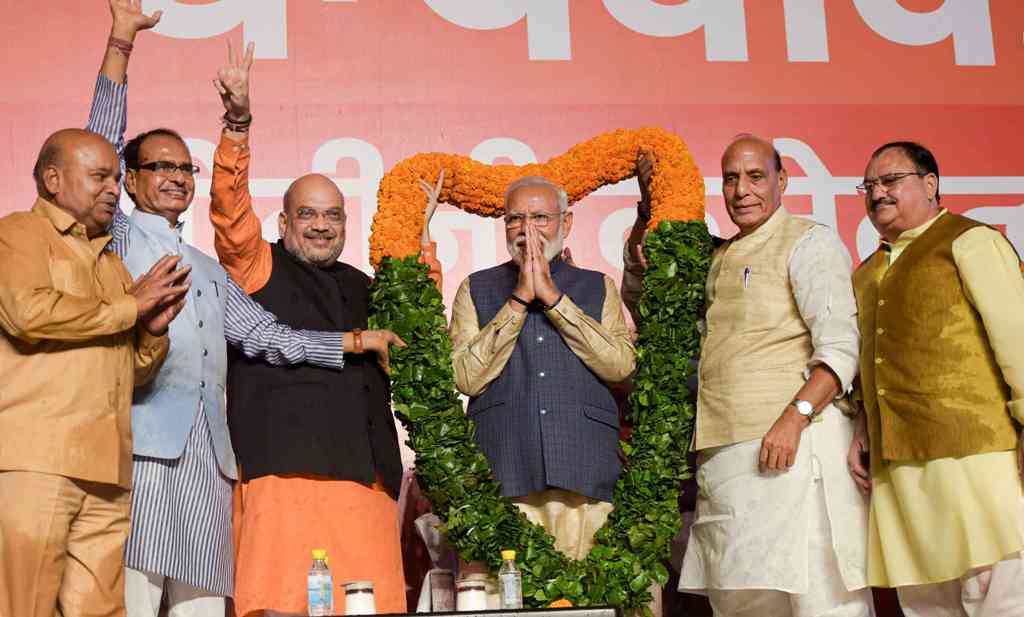 Elections are over. Results are out. PM Modi led BJP is gearing up to form the government again. Across the country, celebrations were going on to mark the historic victory of the BJP.

So is the case in Jharkhand where the ruling BJP led by CM Raghubar Das has secured 12 out of 14 LS seats. The most outstanding victory of the BJP was in Dumka where JMM Chief Shivu Soren was defeated by its candidate and in Khunti where ex CM and BJP leader Arjun Munda won.

In any case, after bitter and vicious electioneering, elections and everything sounding cynical and bleak, need of the hour is to read some heartwarming platitudes from NY times

It is truly the greatest show on Earth, an ode to a diverse & democratic ethos, where 700 million + of humanity vote, providing their small part in directing their ancient civilization into the future.

It is no less impressive when done in a neighborhood which includes de-stabilizing & violent Pakistan, China, and Burma.

It's challenges are immense, more so probably than anywhere else, particularly in development & fending off terrorism -- but considering these challenges & its neighbors, it is even more astounding that the most diverse nation on Earth, with hundreds of languages, all religions & cultures, is not only surviving, but thriving.

Which is the second largest Muslim nation on Earth;
Where Christianity has existed for 2000 years;

Where the oldest Jewish synagogues & Jewish communities have resided since the Romans burnt their 2nd temple;

Where the Dalai Lama & the Tibetan government in exile reside;

Where the Zoroastrians from Persia have thrived since being thrown out of their ancient homeland;

Where Armenians, Syrians & many others have come to live; where the Paris-based OECD said was the largest economy on Earth for 1500 of the last 2000 years, including the 2nd largest, only 200 years ago;

Where 3 Muslim Presidents have been elected,

Where a Sikh was a Prime Minister & the head of a major party a Catholic Italian woman,

Where a President was also a woman, succeeding a Muslim President who as a rocket scientist and a Revered Hero of the Nation;

Where a booming economy is lifting 40 million out of poverty each year & is expected to have the majority of its population in the middle class already, equal to the entire US population, by 2025;

Where its optimism & vibrancy is manifested in its movies, arts, economic growth & voting, despite all the incredible challenges & hardships;

Where all the great powers are vying for influence, as it itself finds its place in the world.

Where all of this is happening, is India and as greater than 1/10th of humanity gets ready to vote, it is an inspiration to the entire World.