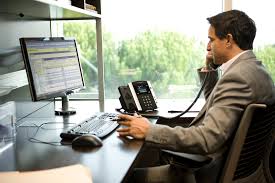 The number of MSME accounts that availed credit facility from the SCBs also went up from 2.36 lakh in 2016-17 to 2.42 lakh in 2017-18 in Jharkhand. Minister of Finance Smt. Nirmala Sitharaman furnished the detail in Rajya Sabha on June 25 while replying to questions raised by RS MP Shri Parimal Nathwani.

The minister stated that the following steps have been taken by Reserve Bank of India (RBI) and Government to ensure access of credit to MSMEs:

Shri Parimal Nathwani wanted to know about the constrains faced by MSMEs in accessing credit facilities from institutional sources, the credit disbursed to MSMEs during the last three years and whether the banks are charging higher interest rates to MSMEs and if certain banks do not pass on the interest rate cuts to the MSME sector.

The minister’s statement also said that Government has received complaints / representations from time to time from MSMEs regardingconstraints in accessing credit from institutional sources. Theseinter-alia, indicate, insistence on collateral, delayed sanctioning of credit, sanction of lower loan amount as against the required amount, charging of higher rate of interest, etc.