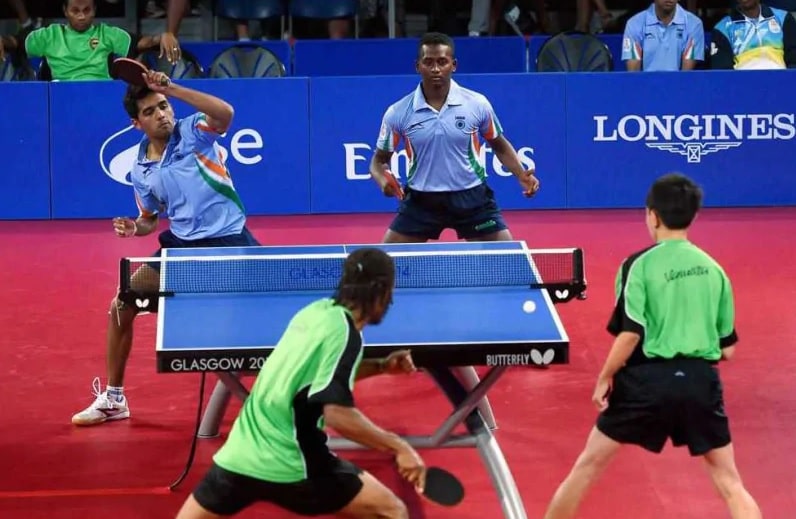 What Odisha government does, the Jharkhand government can not? The answer is not difficult to imagine.

Consider this case. On Monday Odisha government led by Naveen Patnaik signed an MoU with the Table Tennis Federation of India (TTFI) proposing to host the 21st Commonwealth Table Tennis Championship in Odisha.

Though Jharkhand led by CM Raghubar Das has many TT players, no attempt worth it's meaning was made by it to host this event in this state."Sad, very sad", cribs a national level Jamshedpur based TT player. He was echoing the sentiments of a dozen TT players and coaches.

In Bhubaneswar, however, the MoU was signed between Odisha Government Department of Sports and Youth Services, Table Tennis Federation of India (TTFI) and Odisha State Table Tennis Association (OSTTA)in the presence of Chief Minister Naveen Patnaik.

Everybody knows the championship is an important step for any sportsperson in promoting sports, especially table tennis in the state."By organizing this event, it is expected to bring a renewed focus on table tennis, in which India has been performing well in recent times," Patnaik said

As per schedule, the 21st Commonwealth Table Tennis Championship is slated to l begin from July 17. Fourteen countries are scheduled to participate in the championship which will be held at Jawaharlal Indoor Stadium in Cuttack from July 17 to July 22.