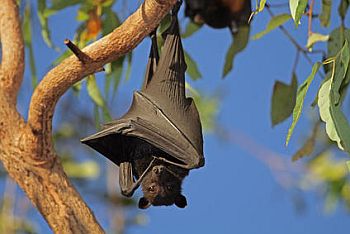 This research article in the Science Daily has been making waves in the circle of scientists across the globe.It says that Bats are amazing creatures who may hold clues to long life and disease resistence.

In fact,this creature has been around for at least 65 million years, and in that time it has become one of the most abundant and widespread mammals on Earth.The article reads as follows:

At the Australian Animal Health Laboratory (AAHL) in Geelong, conduct a wide range of research into bats and bat borne viruses, and their potential effects on the human population, as part of the effort to safeguard Australia from exotic and emerging pests and diseases.

Their paper, published today in the journal Science, provides an insight into the evolution of the bat’s flight, resistance to viruses, and relatively long life.

The Bat Pack, in collaboration with the Beijing Genome Institute, led a team that sequenced the genomes of two bat species — the Black Flying Fox, an Australian mega bat, and the David’s Myotis, a Chinese micro bat.

Once the genomes were sequenced, they compared them to the genomes of other mammals, including humans, to find where the similarities and differences lay.

Chris Cowled, post-doctoral fellow at AAHL says the research may eventually lead to strategies to treat, or even prevent disease in humans.

“A deeper understanding of these evolutionary adaptations in bats may lead to better treatments for human diseases, and may eventually enable us to predict or perhaps even prevent outbreaks of emerging bat viruses,” Dr Cowled said.

“Bats are a natural reservoir for several lethal viruses, such as Hendra, Ebola and SARS, but they often don’t succumb to disease from these viruses. They’re also the only mammal that can fly, and they live a long time compared to animals similar in size.”