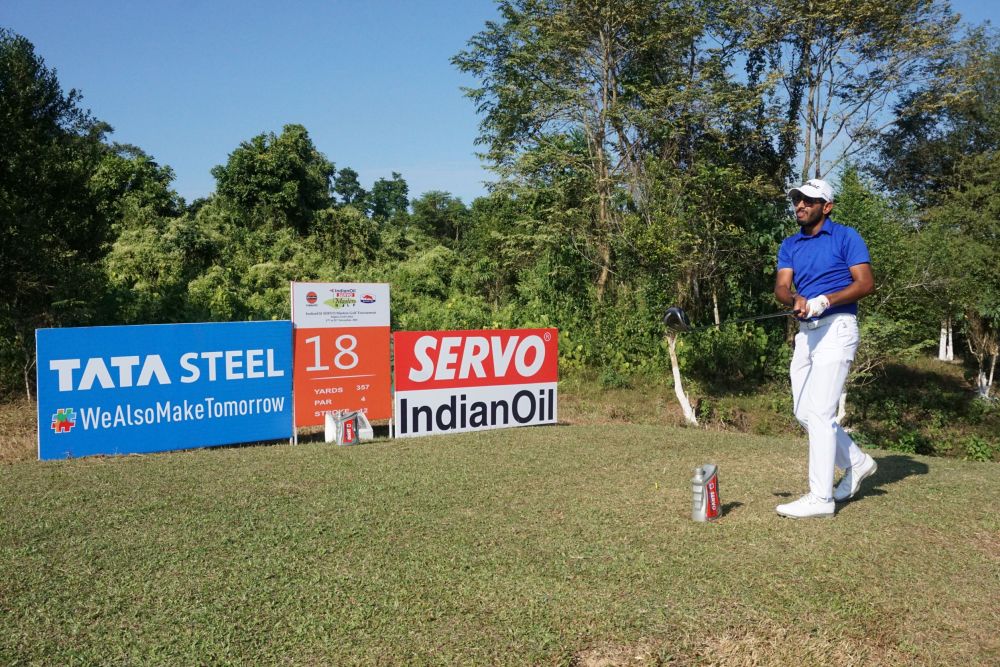 Sandhu clinched his maiden title on the TATA Steel PGTI in style with a tournament tally of 23-under 265  (66-68-67-64)  and in the process set the record for the lowest winning total at the Digboi Golf Links as he registered a thumping six-shot victory with Bengaluru’s M Dharma (69-68-68-66) finishing runner-up at 17-under 271 following his last round of six-under 66.

Delhi’s Sachin Baisoya (66) matched his career-best finish of tied third as he totaled 15-under 273 for the week. Om Prakash Chouhan (70) of Mhow also claimed tied third place along with Baisoya. Chandigarh’s Harendra Gupta (69) finished fifth at 14-under 274.

Sandhu began the day with a bogey on the first but soon regained ground with birdies on the third, fifth, and seventh. He chipped in on the fifth.

From the third till the eighth hole, M Dharma was breathing down Sandhu's neck as the former sank five birdies to trail the latter by just one shot. However, a couple of erratic shots led to Dharma’s double-bogey on the ninth.

Sandhu then made a crucial chip-putt birdie on the 11th to seize the momentum as he got on a hot streak making three birdies, an eagle, and a birdie on the next five holes that stretched his lead to seven shots and sealed the deal for him. He produced two excellent drives, a 30-feet conversion, and two 10-feet conversions during his dream run from the 11th to the 16th.

Sandhu’s bogey on the 17th didn’t change the equation as his nearest rival Dharma was a fair distance away with just three birdies on the back-nine. His 265 bettered the previous lowest winning total of 20-under 268 at the Digboi Golf Links achieved by Mukesh Kumar in 2002, Shankar Das in 2015, and Honey Baisoya in 2016.

Leader for the previous two days,  Sandhu said, “I started with the same feeling as the first three days but Dharma played some phenomenal golf on the first eight holes and he gave me a tough time on the front-nine. But on the back nine, I got the reins back and took control.

“I had a tricky start so the birdie on the third was crucial to get back into the game. Similarly, the birdie on the 11th set up the momentum for the terrific run on the back-nine. After the eagle on the 15th, I knew I had it in the bag but still wanted to see how low can I go and that explained my aggressive approach till the end.” added Sandhu, whose 64 was also the day’s best score.