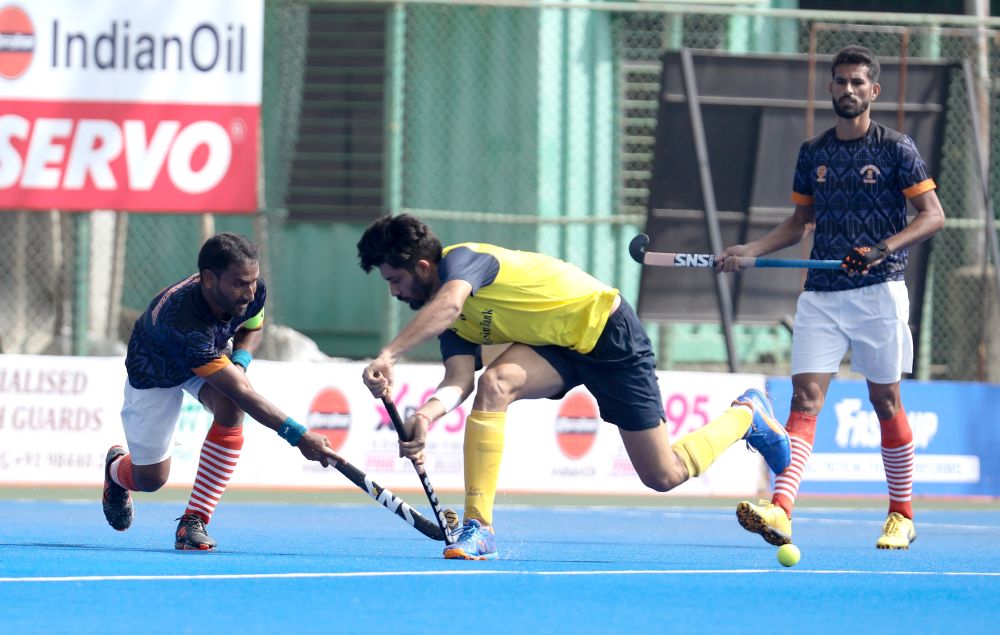 In an edge of the seat contest, India survived last minute scare to pip Pakistan 4-3 and finish third at the Hero Asian Hockey Champions Trophy at Maulana Bhashani Stadium, Dhaka (Bangladesh) on Wednesday.

India was on the offensive from the word go and that forced the Pakistanis to fall back and defend their citadel but in the process conceded a penalty corner in the 2nd minute. First rusher Ajaz Ahmad made an effective run-in to block the ball Harmanpreet Singh found the back of the net in his fourth attempt. (1-0).

Buoyed by this early lead Indians increased their pressure on the rival defence and forced four more penalty corner but failed to convert any of them.

Pakistan increased the pressure and earned their first penalty corner soon after but an alert Krishan Pathak brought off a brilliant save.

After that the two arch rivals  attacked each other’s citadel with some enterprising moves and traded opportunities to score but failed to translate them into goals.

Three minutes into the second session Pakistan jolted India as they took the lead through young midfielder Abdul Rana, who latched on to rebound off a PC to send the ball swiftly past the goalkeeper (2-1)

Rattled by this goal, India launched flurry of attacks from the flanks created a few chances but all went begging.  they however kept the pressure  and Pakistani defence collapsed in the 45th minute  when midfielder Sumit earned the equalizer  after he was tactfully assisted by forward Gursahibjit who beat three Pakistani defenders on the left flank to set up the goal  (2-2).

In the 54th and 57th minute, India scored through Varun Kumar's PC and Akashdeep Singh's fine field goal that sealed the match in India's favour.

Though Pakistan made great attempts in the dying minutes, they could only muster one goal in the 57th minute through Moin Shakeel but India's defence protected their 4-3 lead to ensure they don’t return home empty handed .

India had beaten Pakistan 3-1 in the league match