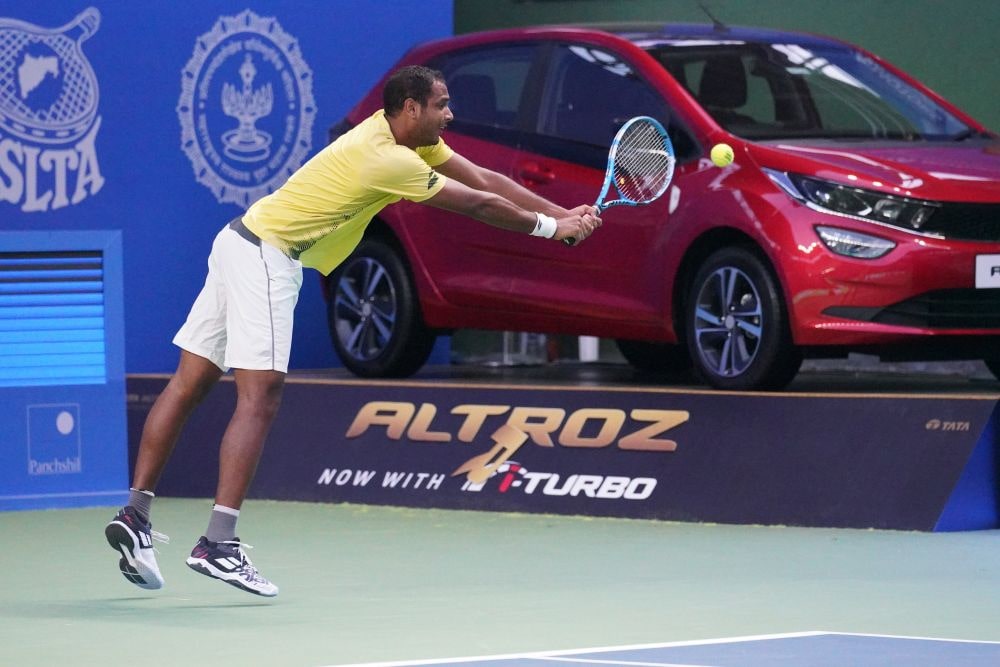 Rohan Bopanna and Ramkumar Ramanathan had to battle it out before moving into the doubles semi-finals of the Tata Open Maharashtra at the Balewadi Stadium on Thursday.

The star Indian pair were made to struggle for each point before the overpowering  Austrian duo Alexander Erler and Czech Jiri Vesely in the Last-8 match with a nail-biting 7-6 (7-3), 7-6 (7-4) victory.

Bopanna and Ramkumar, playing their second ATP event together pocketed the first set in the tie-breaker.

After a hard-fought opening set, the second, too, saw an intense battle as both the pairs looked aggressive in their approach and were not allowing opponents to stretch the lead as scores were locked at 5-5 before eventually the set going into the tie-breaker.

The Chennai-born Ramkumar served big to keep themselves ahead and then seasoned doubles player Bopanna struck a smashing return to make it 5-4 before serving accurately and sealing the match comfortably.

They will now meet Sadio Doumbia and Fabien Reboul in the semi-finals. The French duo entered Last-4 with a hard-fought win against Federico Gaio and Lorenzo Musetti 4-6, 6-3, 10-2.

Another Indian pair of N Sriram Balaji and Vishnu Vardhan will also be seen in the semi-finals after their opponents, Gianluca Mager and Emil Ruusuvuori withdrew from the last-eight match due to an injury to the former.

The Indian duo, which entered the main draw as an alternate pair, defeated compatriots Arjun Kadhe and Purav Raja 6-1, 6-4 in the opening round.