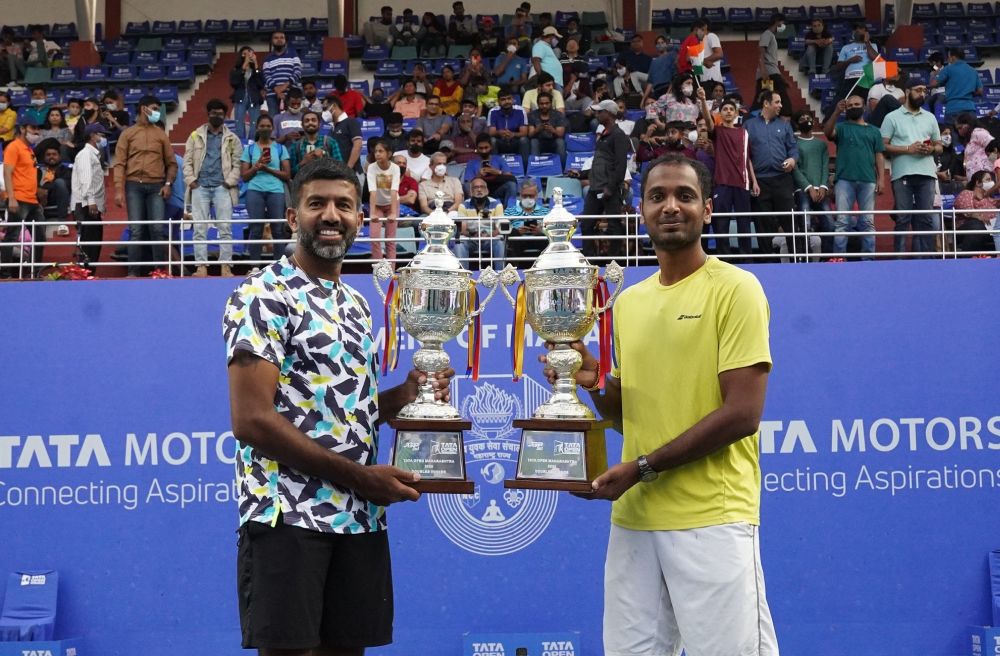 Rohan Bopanna and Ramkumar Ramanathan staged a stunning comeback to overpower Australia’s Luke Saville and John-Patrick Smith to win the doubles title at the Tata Open Maharashtra at the Balewadi Stadium here on Sunday.

It was Bopanna’s 21st doubles title, and second in Pune after having won it in 2019, playing alongside Divij Sharan. “A lot is to do with experience, which you really bring in, years and years of experience and the biggest thing is my body is feeling very very good at the moment.”  Said Bopanna after  the win

“I did a lot of yoga which has helped me tremendously. It has made a difference and that really shows as long as I am playing matches, competing and doing something that is physically appealing," .

The Indian duo,  who commenced the year on a high winning their maiden ATP title together in Adelaide in January, started off well and despite some stiff challenge and led 5-4 at one stage.

However, the Aussie pair, looking to win their first title, took the set into the tie-breaker and wrapped up the opening set after that lasted for close to an hour.

The former World No. 3 doubles star Bopanna and young  Ramkumar fought back well with a 4-2 lead in the second set. They further capitalised the momentum and leveled the scores.

Having grabbed the momentum in their favour, the Indians held their nerves to take the charge in the crucial decider and secured a win in the grueling encounter.

Talking about the two titles this year, Ramkumar said "Both are extremely special but anytime you win a title at home it’s a lot more special. The crowd made a lot of difference both yesterday and today, you just get that extra boost, that extra energy.

Even if your legs are feeling tired, that’s the energy you need to hit the serve, especially for me. Winning in India is always special and especially with an Indian partner is truly great."

"I just have to work on a few things on the court and just keep competing at this level as much as I can which will improve my game and automatically the ranking," the 27-year-old added.