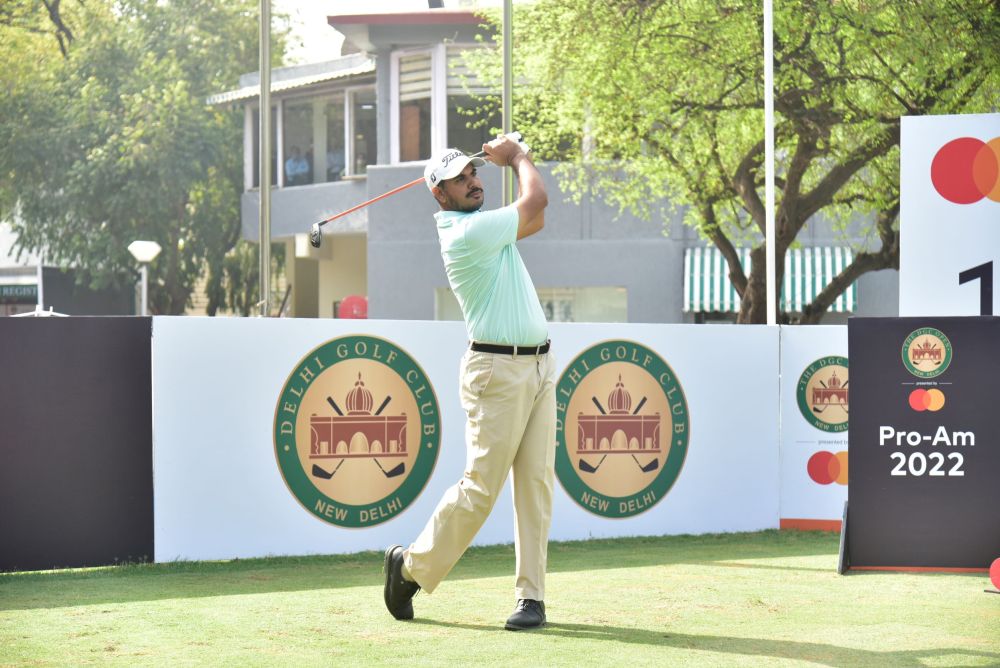 Golf buffs in the capital are in for a treat as promising young  Indian challengers and others from Asia will showcase their talent in the quest for top honours at the inaugural US$ 500,000 DGC Open to be played at the iconic  Delhi Golf Club from March 24 to 27.

A total of 138 players, including six amateurs, are in the field for the, which is the fourth event on the Asian Tour schedule for 2022.

Amongst the top contenders for the $90,000 top prize will be Indians Shiv Kapur, who has been onboarded by Mastercard India as their Brand Ambassador, Gaganjeet Bhullar and South Africa’s Ian Snyman.

While Kapur had a Top-10 in Singapore recently, Bhullar and Snyman had Top-5 finishes at International Series Thailand in Hua Hin earlier this month

Snyman is also the leading Asian Tour member here at sixth place on the Asian Tour’s Order of Merit.

Bhullar’s eight-under-par 64. at the Black Mountain, Golf Club was only bettered by event winner Sihwan Kim of the United States who shot a final round 63 in a 26-under aggregate.

I have many fond memories of this golf course. It just feels good to be back here at the Delhi Golf Club. I have played so much amateur and junior golf and have also won here a few times." Said Bhullar

“The new layout is absolutely amazing. The greens have a very professional look and there are a lot of undulating greens. It makes you think off the tee and makes you think when you are hitting the second shot as well.

“Today I played nine holes with Gary Player and it was a great honour to play with him and pick his brains. That actually helped us. My game is pretty good and I have been playing well. I had a top-5 finish at Thailand and I am feeling good about myself,” said the Punjab golfer, who opened his season in Thailand three weeks ago.

The tournament is expected some strong showings by other  Indian challengers. The last time the Asian Tour was at the Delhi Golf Club in October 2018, Khalin Joshi won  the Panasonic Open India. Though his international career has not moved along expected lines since he will be keen to turn the clock back at one of his favourite tracks.

“I have been playing here since my junior days and I love the course,” Joshi said  “It is a great challenge and I have had some success and good moments, including the Asian Tour win.”

Since the redesign of the DGC’s Lodhi Course by Gary Player Design two years ago, Viraj Madappa has won the only professional event held at the venue, the Tata Steel PGTI MP Cup last October. “I love the DGC and now even more so,” said Madappa.

Last week, at the PGTI Players Championship on his home course, the Tollygunge Club, Madappa finished second by one shot to Yuvraj Singh Sandhu, lending further weight to his status as one of the pre-event favourites.

Other young golfers to watch out for include Sandhu, the PGTI Order of Merit leader Kshitij Naveed Kaul who won the Chattogram Open two weeks ago, Karandeep Kochhar and Chikkarangappa S.

“I am in good shape and looking forward to this week. An Asian Tour event is happening in India after a long time at one of my favourite golf courses. I am pretty excited and pretty nervous at the same time as carrying on form is tough”, said Yuvraj Singh Sandhu.

“I am feeling confident and I have to keep trusting and believing in myself. It is one of those weeks. The course is playing really good and hopefully, I can get good four rounds together”, added Karandeep Kochhar.

The overseas contingent at the tournament includes the 2019 Classic Golf & Country Club International Championship winner Rory Hie of Indonesia who quietly fancies his chances at The DGC Open. He said, “I feel my game has been pretty consistent although I haven't got the results that I wanted to. Hopefully, things start to turn around here in India for me. In the past, I have struggled around the greens here. It is a unique design but now Gary Player has made a lot of significant changes and made the course a lot more international, I guess."

“The slopes now really reward a good shot. So overall, the course changes are really great. You need to keep it in play and putt well. Putting and driving will be the key this week", added Rory.

Although the Delhi Golf Club has staged countless international events since 1964, the latest one is the first on the course which has been newly- renovated by the nine-time Major winner, Gary Player, who is here in India.

Player, 86, winner of 165 international titles, including nine Majors on the regular Tour and another nine on the Seniors Tour, will be present at the club on Thursday morning. There will be a ceremonial tee-off by Player, who has expressed great satisfaction at how the course has been maintained.

“I am very happy with the way the DGC has taken care of it. I wish all the players the very best,” he said.