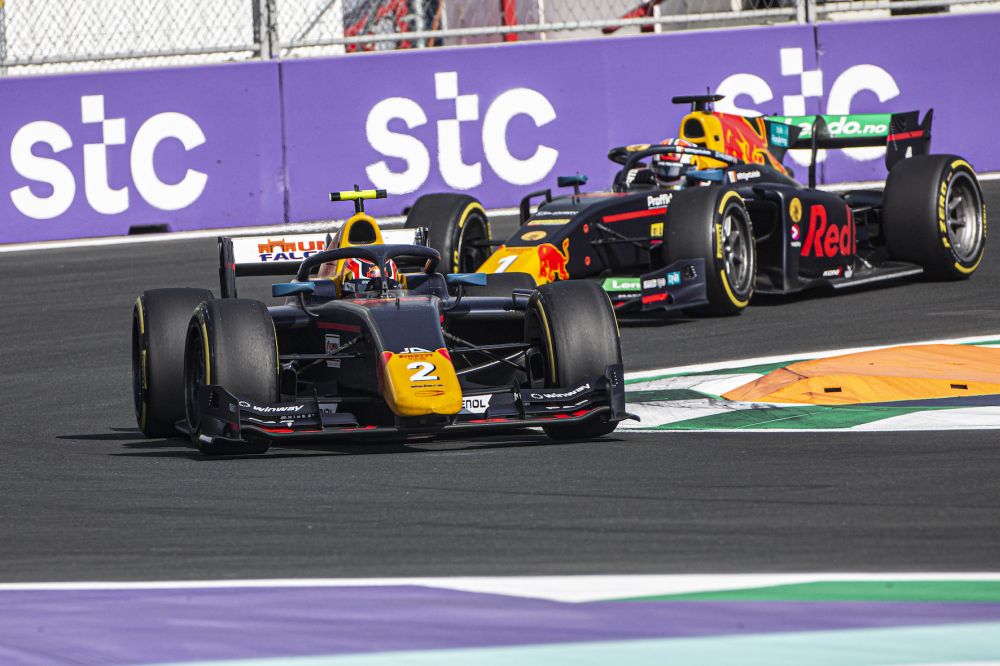 The 23-year-old from Mumbai, began his weekend on the back foot after a mechanical issue hampered him in qualifying. But he used a mix of race craft, strategy and tyre management to claw his way up the order to third.

Jehan, who went from 13th to seventh in Saturday’s sprint race, earned his podium, his ninth in F2, with a fighting drive from 14th to third. He passed two cars off the line at the start, pulled off a bold pass around the outside of three cars into Turn 1 at one stage, and swept past fellow Red Bull junior Ayumu Iwasa on the start-finish straight.

He timed his one and only pitstop to perfection and used all his experience to keep his pace up, hunting down and passing Marcus Armstrong while managing tyre wear over a long second stint on the harder tyre. Jehan leaves the Saudi Arabian round with a strong haul of points.

“It’s very satisfying,” said Jehan after the event. “Coming into this weekend I knew Prema had a really good car. I was really down after qualifying. But once we discovered that our lack of pace was down to a mechanical issue, it made me believe again. It was good damage limitation and honestly third was probably the maximum we could have had today.”