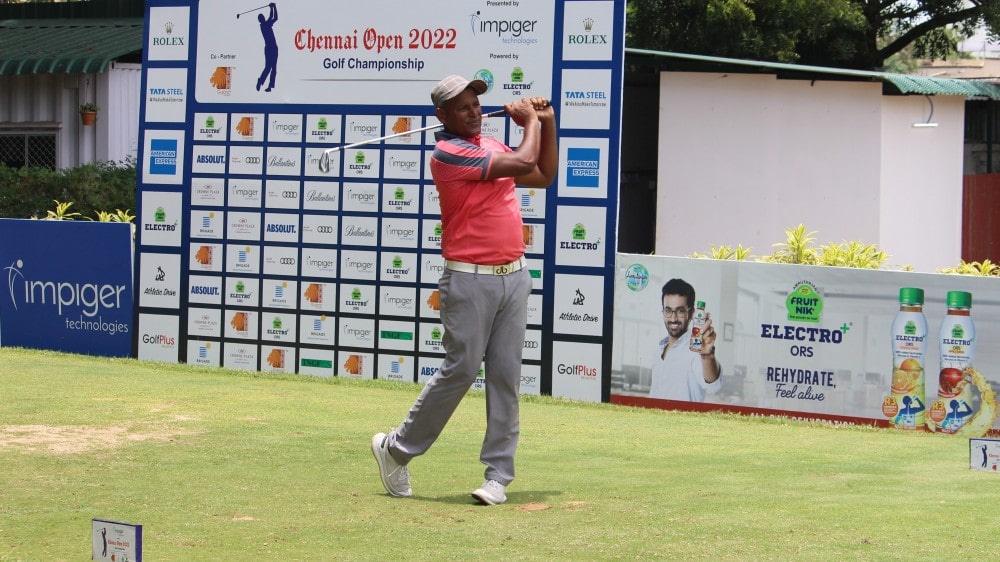 While Gandas fired a flawless seven-under 65, the day’s joint lowest score, thanks to his outstanding wedge shots and bunker play, Thangaraja produced an impressive five-under 67 courtesy his outstanding iron-play, at the Rs. 40 lakh event.

Abhijit Singh Chadha’s 65, the other joint lowest score of the day, placed the Chandigarh golfer in tied fourth at eight-under 136 along with his city-mate Karandeep Kochhar, the first round leader, who shot a 71 to slip three spots.

The cut was declared at two-over 146 on a day the professionals got a little more used to the conditions at the TNGF, a course where most of the players are appearing in an event for the first time. A total of 57 professionals made the cut for the money rounds.

Manu Gandas’ (68-65) day was highlighted by his superb recoveries from the bunker. Gandas played some exceptional bunker shots on the fifth, eighth and 10th to extract birdies from tough positions. Manu also landed his other wedge shots within four feet to pick up four more birdies.

Manu said, “I’m feeling good about my game right now as I have worked on a few technical things connected with my swing. The conditions were a little different today due to the overnight rain but I adapted well. I also managed to get myself out of trouble on a few occasions thanks to my terrific bunker shots.”

N Thangaraja (66-67) continued to hit it close for the second day in succession not leaving himself any long birdie putts. Thangaraja sank birdie putts within a range of seven feet on the 10th, 13th, 18th and second. A lip out on the seventh led to his only bogey of the day. Two good chips then set up easy birdies for him on the eighth and ninth.

Abhijit Singh Chadha sank consecutive eagles on the par-5s eighth and ninth during his round of 65. Chadha drained a 20-footer on the eighth and followed that up with a monster four-iron second shot from 235 yards on the ninth that set up a three-feet eagle putt for him.

Among the Chennai-based professionals, S Prasanth and Sandeep Syal, were the only two players who made the cut. Prasanth was tied 40th at one-over 145 while Syal was tied 49th at two-over 146.