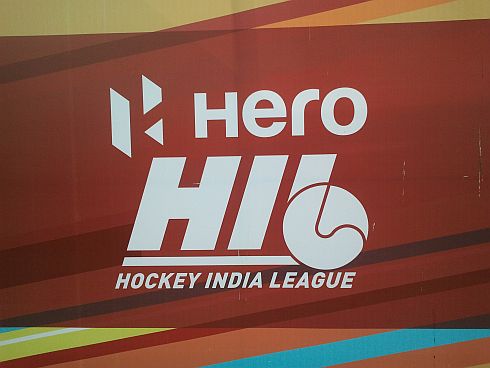 India’s biggest hockey league the Hero Hockey India League has started selling tickets for the two Semi-Finals and Final matches, to be held at the Birsa Munda Astroturf Hockey Stadium in Ranchi on 9 and 10 February 2013 respectively.

The tickets are available at www.ticketgenie.in website and are being sold at Gate No.2 of the Birsa Munda Astroturf Hockey Stadium in Ranchi for the spectators from today onwards.

Tickets for the Semi-Final matches are priced Rs. 60/- and Rs. 100/- at the 5,000-capacity Astroturf Hockey Stadium. For the North Stand and East Stand and South Stand tickets cost Rs. 60/- and West Stand-Upper Pavilion tickets are available at Rs. 100/-.

The Final match will see lots of glitz and glamour on the field. Actress, Model & TV presenter Mandira Bedi will be the Celebrity Host for the Final match, which will include a Grand Presentation Ceremony of the winners trophy and cheque followed by magnificent firework.

The tickets for the Finals matches on 10 February will cost Rs 150/- (West Stand-Upper Pavilion) and Rs 100/- (North, East and South Stands).

Dr. Narinder Batra, Secretary General, Hockey India and Chairman, Hero Hockey India League, said, “The Ranchi crowd has always being supportive to hockey and the Hero Hockey India League in particular. Through-out the league, we have seen a house full of spectators in each match. The Birsa Munda Astroturf Hockey Stadium is also a well-equipped venue and one of the landmarks of the city.” he further added.